The CDC reported that cases of West Nile Virus (WNV) in the United States’ rose slightly in 2019 and killed 167 people. Now, as the summer of 2020 takes off, we already see our first case here in St. Louis County.

A man was released from a North County hospital after being diagnosed with West Nile. Spring Schmidt, director of the Department of Public Health, reminds KMOV channel 4 news that “Even though serious West Nile virus cases in humans are rare, it is important to minimize our exposure. We can do this by eliminating opportunities for mosquitoes to breed and multiply, and by taking steps to prevent mosquito bites.” That sounds like a pretty good plan.

With so much in the news about ‘viruses’ these days, it may be hard to keep track of what causes what, so here’s a quick crash course in WNV.

A virus that is found in nature, West Nile cycles back and forth between birds and mosquitoes and then is later transmitted to humans or other mammals via mosquito bite. West Nile Virus is the leading cause of mosquito-borne disease in the United States.

Most people that contract the virus never show symptoms; however, one in five will develop some but not all of the following: fever, headaches, body aches, joint pain, vomiting, diarrhea, and rash. 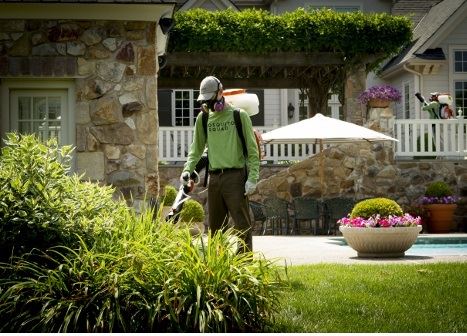 A rare one in one hundred and fifty will become very sick with encephalitis, an illness that affects the central nervous system. There is no vaccine for WNV and no specific cure, only treatment of its symptoms. So while being affected by the disease is rare, there is no way to know how you’ll be affected without actually getting it, and at that point, your treatment options are less than ideal.

The best thing we can all do to avoid the disease that mosquitoes carry is to avoid mosquito bites. Insect repellents containing DEET are an absolute must when venturing out into nature as we enter the height of summer. Even long sleeves and pants might be something to consider in a highly active area. Tents and camping gear should be treated with permethrin before each outing. It sounds like a lot of work, but how much work is too much when your health is concerned?

There is little you can do to control the mosquito population in parks, camping sites, or local recreation areas, but that isn’t the case once you get home. First and foremost, you have to keep your surroundings clean to avoid creating mosquito habitats. Follow Mosquito Squads 7Ts of Mosquito Control to remove excess water and debris from around your home. And when you come to that final T: Treat… call Mosquito Squad.

Our mosquito barrier spray treatment will eliminate existing mosquitoes and continues to work for up to three weeks. West Nile Virus has made itself known yet again this year in St. Louis, and we all have to do our part to avoid it. Let us help you lower your chances of sickness by avoiding the mosquitoes. Professional mosquito control is your best precaution and your easiest. Call Mosquito Squad of West St. Louis today, and we get you a free estimate for proactive protection throughout the season.