Did you know that ticks are responsible for more human disease than any other insect in the United States? The Missouri Department of Health and Senior Services confirms this fact andadds that the numbers of human tick disease cases are on the rise. However, according to St. Louis public radio, doctors in the St. Louis area tend to overestimate how common Lyme disease is locally but underestimate how common other tick-borne illnesses are. That takes us back to the initial question “What tick diseases are we at risk for here in St. Louis?”

The most common tick-borne illnesses found in Missouri are Rocky Mountain Spotted Fever, Ehrlichiosis, Heartland and Bourbon viruses, and Lyme disease. Let’s take a quick look at each.

Rocky Mountain Spotted Fever (RMSF) is actually the most common illness spread by ticks in Missouri (as opposed to Lyme), with 351 affected residents in 2016. The early symptoms include fever, chills, muscle pain, headache, nausea, and vomiting, much like that of the flu. A rash may appear, but not for 5 or 6 days. This illness can be dangerous and even deadly if left untreated. Doxycycline is the accepted form of antibiotic for this as well as other tick-borne illnesses. 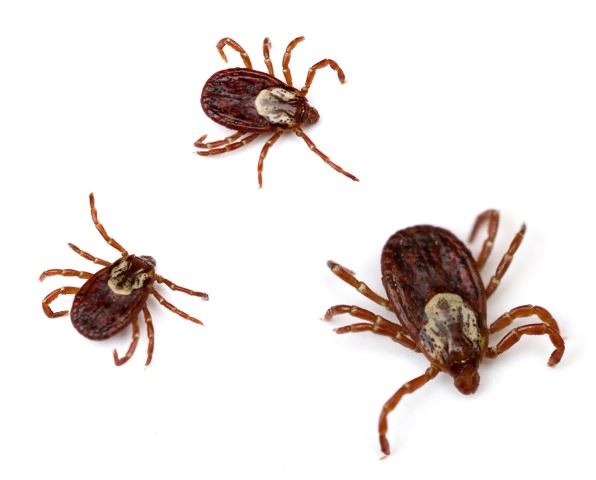 One of the scarier things about tick-borne illness is that new ones continue to pop up. Heartland and Bourbon virus are both known to be carried by ticks, but only in recent years have they appeared in the US in humans. It wasn’t until 2012 that the first cases were discovered around Missouri and Kansas. Both show symptoms that seem flu-like and neither have specific treatment as of yet. The Missouri Department of Health and Senior Services and the Center for Disease Control are both researching to learn more about these two relatively new illnesses.

Similar to RMSF, Ehrlichiosis is known for flu-like symptoms and is treated with Doxycycline. Without proper treatment, it can be fatal, so it is always important to let your caretaker know if you are aware of a recent tick bite at the onset of symptoms. Diagnosis of this, along with many tick-borne illnesses, can be quite difficult due to the non-specificity of the symptoms.

Lyme disease is the most common tick-borne illness in the United States. However, it is much less common in Missouri than those noted above. In fact, the bacteria that causes Lyme has not been isolated in any cases in Missouri, even when the defining “bull’s eye” rash has appeared.

Due to the lack of bacterium these cases have been officially referred to as “Lyme-like” disease or STARI (Southern Tick-Associated Rash Illness). Lyme disease can begin with the same headache, fever, and fatigue as other tick-borne diseases, but without treatment can spread to joints, the heart, and the nervous system. Some patients with Lyme disease struggle with it their entire lives.

Protect Against Them All

Information is one of our most valuable resources and knowledge about the risks around you can only keep you safer when it comes to any vector-borne disease. Because the symptoms are so similar to each other and similar to other non-vector-borne illnesses, it’s super important for physicians to remain in the know about what their patients could be exposed to.

But as homeowners, there is an even smarter solution. Remove the risk. Mosquito Squad’s professional mosquito and tick control services will keep the ticks that carry any and all of these illnesses out of your outdoor living spaces. We offer proactive protection throughout the season against existing ticks with our barrier treatments and even future generations with our tick tube systems. Our tick control program will lower the tick population on your property by up to 90%! With us on your side, you can lower your risk for tick-borne disease significantly. Call Today.