Cases of EEE were on the rise last year, and there is a real concern that those numbers will continue to grow as we move through 2020. In 2018 there were 6 cases nationwide. In 2019 there were 38. That may seem like a small number, but when you consider that it is a SIX TIMES growth rate in one year, it is startling. Health officials believe that the infection could hit its peak this year.

Joe Conlon, retired US Navy entomologist and spokesperson for the American Mosquito Control Association, warns the risk will increase with excess rain and high temperatures, so we must be diligent in our fight against mosquitoes.

EEE seems to surge every 10 to 20 years, for up to three years. There are several factors that contribute to this pattern. First, it is necessary to know how EEE spreads to humans. 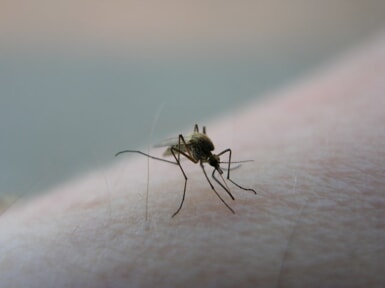 Wild birds carry the Eastern Equine Encephalitis virus; however, most show no signs or symptoms. Mosquitoes that feed on both bird and human blood can contract the virus from these birds and transmit it to humans.

We know that hotter and wetter summers are likely to create more mosquitoes, and that raises the risk: more mosquitoes, more bites, etc. However, when we use the word peak, that indicates a drop at some point. There has to be some science in that too.

Catherine Brown, state epidemiologist and state public health veterinarian at the Massachusetts Department of Public Health, explains that birds can develop immunity to EEE. As birds become immune over time, there is much less transfer of EEE to mosquitoes and, subsequently, less to humans. This is exactly how the last outbreak in Massachusetts ended in 2012.

Yet again, as time goes on, things change. Immune birds age and die off, and new birds are born. Here in Southeastern Massachusetts, several years of drought ended with the last couple of years of heavy rainfall, which led to a larger mosquito population. New birds, more mosquitoes and the cycle begins again.

Brown also notes that in places like Florida, where cold doesn’t show up to kill mosquitoes or the viruses that they carry, there can be actual mutations in the structure of EEE. Migration can bring those mutations north and affect the cycles as well. All those factors bring us here, back at the height of EEE another curve.

Government and Citizens Unite for the EEE Fight

In 2019, 12 of the 38 cases of EEE were right here in Massachusetts. While in the past, EEE was fairly specific to the Atlantic and Gulf coasts, it has made its way inward. If upturns are known to last 2-3 years, and you factor in moisture and heat, it’s hard to expect anything less than even higher numbers in 2020.

The Massachusetts State Senate has just passed a bill authorizing the mosquito control board to take the necessary actions to help reduce the mosquito population. That alone tells us that it is something to be taken seriously. As rare as the disease is, the death rate in humans is 30% of those infected. Those that survive are at a high risk of permanent neurological issues. We need to protect ourselves and our families. The only real factor that we can control in this situation is avoiding mosquito bites.

Local Departments of Public Health will be doing what they can to reduce mosquito populations, but that rarely finds its way into your backyard. You have to take control with Professional Mosquito Control Treatment. It is the absolute best way to keep the mosquito population on your property low to reduce mosquito bites. Mosquito Squad of Southeastern Massachusetts deploys skilled, licensed technicians and a superior product backed by a 100% satisfaction guarantee. The faster you call us, the sooner and longer we can help eliminate mosquitoes for you. It’s a simple solution and the most effective one. Call today.