“Hoping for the best…” That was how Catharine Brown, epidemiologist for the Massachusetts Department of Public Health, described the government outlook on this year’s mosquito season to Enterprise News last month. After last year’s high rate of EEE in the state, many different projects are beginning to track mosquito activity. There were 12 human cases, eight horses, and one goat infected with EEE in our region in 2019. Four of the humans died. The typical mortality rate in humans is up to 50%, and even amongst survivors, 80% are likely to have permanent neurological damage. EEE is rare, but it is an ugly and dangerous illness, worthy of all government and civilian efforts to avoid.

The areas where EEE is typically seen in Bristol county were affected last year, along with areas of Middlesex and Worcester, where the disease is less common. 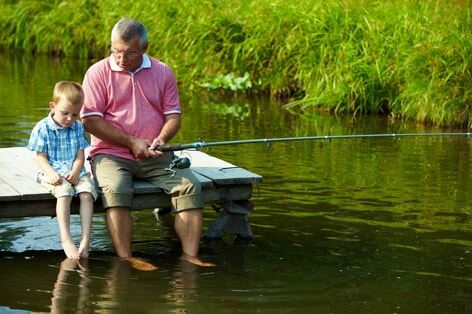 A mild winter and wet spring were significant contributions to the upswing. We are facing those conditions again. West Nile virus is also a risk we endure with a high mosquito population. Early mosquito control intervention can make a significant impact on the late-season mosquito-borne disease levels.

Decisions about aerial spraying later in the season will be made by the Department of Public Health on an as-needed basis. Mosquito control projects are also trapping mosquitoes earlier than in years past. This allows them to see which mosquito types are out there now, as different mosquitoes are capable of carrying different diseases. Knowing what we are dealing with is a huge key to knowing how to treat and control. Our county governments are really on point!

Being Part of the Mosquito Control Solution

Follow the government findings in local mosquito positive tests, along with animal and human cases, by following mosquitoresults.com. Staying in the know is always the best way to protect yourself and your loved ones.

However, just knowing isn’t enough. All the work that the local county agencies do to fight the mosquito population is terrific for our local outdoor spaces. However, they don’t necessarily make it to your backyard. This is where you have to be willing to take control and be a part of the solution.

Eliminating standing water and choosing professional Mosquito Control treatment is the best source of action that you can take, and Mosquito Squad makes it simple. We eliminate 90% of the existing mosquitoes around your property for up to 3 weeks. The only thing you have to do is pick up the phone. The use of our mosquito barrier treatment will keep you enjoying the outdoors while also contributing to the overall reduction of our local mosquito population. Look at you… living your best life outside and being helpful to your community with just one call to Mosquito Squad of Southeastern Massachusetts.