We have reached August and with August comes the higher threat of mosquitoes carrying West Nile virus.  This virus has not always been present in Minnesota, the first case was recorded in 2002 and it has been present in almost every county and every year ever since.  But how frequent is the West Nile virus?  About 1 in 150 people bit by the mosquito that carries West Nile will contract more severe symptoms that damage the central nervous system, and about survivors can suffer long-term effects for the rest of their lives.  Although most people don't need to worry, most people when bitten by a West Nile mosquito won't show symptoms or will develop a mild fever and mild aches.  West Nile virus was on a down slide for a few years after it came to Minnesota, but last year was the worst year we have seen, with 70 recorded cases and 1 death.  So far in Minnesota, there has only been one recorded case of West Nile virus this year, but that still means people need to be cautious when they are outside around mosquitoes.  Here is more information on West Nile in Minnesota: http://www.perhamfocus.com/content/editorial-dont-dismiss-west-nile-threat-mosquitoes-0

If you want to avoid West Nile and mosquitoes for the rest of the summer, give Mosquito Squad a call!  We can eliminate mosquitoes from your backyard and keep you safe from the diseases they carry.  Mosquitoes who carry West Nile are going to be more active now that it is later in summer, so give us a call or visit our website for more information on how we can protect you! 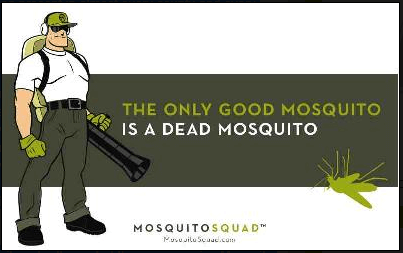