Until just recently the answer, we all thought, would have been yes, but the recent discovery of the tick-borne parasite Babesia in our nation’s blood supply sent a red flag as to just how vulnerable our blood supply is from insect-borne illnesses. Babesia is the parasite which causes the disease Babesiosis which is similar to Malaria. Babesiosis has even been referred to as “America’s Malaria”. The disease itself can lead to anemia, organ failure and even death.

Symptoms of Babesiosis can be asymptomatic, and can display similarities with symptoms of the flu, colds or other common viral illnesses. Early on, many people do not even know they have the disease and therefore go about their normal everyday lives and usual routines, many of which may involve donating life saving blood to many organizations around the U.S. to help others. Since there is currently no test to detect Babesia in a blood sample, donors are asked if they have ever had Babesiosis, and many infected aren’t even aware they have it, let alone even know what the disease is due to the lack of media and knowledge about the disease. This is certainly cause for concern; we need to make the public more aware of lesser known tick-borne diseases such as Babesiosis.

The Babesia parasite takes up residence within the red blood cells of its victims. To date there have been 159 documented cases of Babesiosis which were caused by receiving blood transfusions which contained blood tainted with the parasite. In those 159 cases, 136 of them were tracked down. 30 of these cases were caused by 12 donors, because donated blood is split into red blood cells as well as platelets. The cases occurred in 19 states, but 87% of them were within the 7 states where Babesiosis is considered to be endemic which are Massachusetts, New Jersey, Wisconsin, Rhode Island, Minnesota, Connecticut, and New York. These numbers however, reflect documented cases. With Babesiosis, many cases go misdiagnosed or unreported because of the similarities with the symptoms of common illnesses such as the flu. Officials are taking heed and public health authorities are stressing the growing risks of Babesiosis.

So what can we do about this dilemma? Advocates ask for better testing to come forth to detect the presence of tick-borne parasites within the blood. As it stands now, if a physician diagnoses a patient with Babesiosis then he/she must report the information onto that states health department, which in turn is supposed to pass the information onto the CDC (Centers for Disease Control and Prevention). Of course, since the disease and parasite which causes the disease is caused by the tick, preventing being bitten or exposed to an infected tick is top priority as well. Common sense practices within your living areas and property and avoiding possible tick infested areas is an excellent way to avoid becoming a victim. 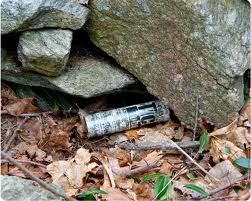 Common sense practices include increasing your knowledge of the tick-borne illnesses and their symptoms. Keep your property free of debris, heavy brush and tall grasses and keeping your property trimmed and mowed. Have a licensed professional treat your property. Conduct frequent examinations of your body and clothing after each visit outside. Shower immediately after exposure to outside areas where ticks can reside.

Mosquito Squad offers a wide range of tick control services including the use of tick tubes and barrier sprays for your property. Contact Mosquito Squad to learn more about killing and preventing ticks in and around your property, and reduce your risk of infection from tick-borne illnesses and disease.