In the past, ticks have not been a major concern to most Texans. When most of you think ticks you probably think of the Upper Midwest to the Northeast, but deer ticks exist in Texas and these ticks carry Lyme disease. 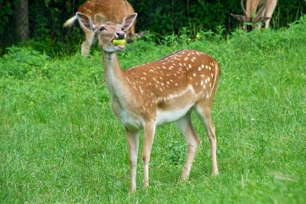 There have been 50-100 reported cases of Lyme in Texas each year since the year 2000. Reported cases mean that they fit very specific criteria set up by the CDC, so it’s very likely that the number of actual cases is much higher. Doctors in Texas are also not as familiar with Lyme as doctors in other states so the disease can go undiagnosed, adding another layer to the question of actual numbers. Texas A&M Agrilife Extension online magazine states that “the tick that carries Lyme disease is well established in Texas and it’s range appears to be expanding.” In 2016 the deer tick (the tick that carries Lyme disease) was found present in 71 of the 254 counties in Texas.

What Is Lyme Disease?

Lyme is caused by a bacterium carried by ticks and transferred to humans through a bite. It can take up to 24 hours for the transfer so a tick has to be attached for a while for a human to get the disease. If caught quickly and treated with antibiotics, a person will have a full recovery. The most telltale symptom of Lyme is it’s bullseye shaped rash, but each case seems to have a random hand picking of a list of symptoms. For the full detail on Lyme from symptoms to treatment and testing you can follow this link to the Center for Disease Control’s full Lyme page.

At Mosquito Squad of South Central Texas, we have been told that deer ticks are here and our clients are seeing them. The deer are hanging out around the lakes and customers are calling about fleas and there is no doubt that they are carrying ticks as well. Are you aware that at Canyon Lake it’s actually illegal to feed the deer? That is probably because it’s known that they carry dangerous pests like ticks and the local government doesn’t want to encourage them to hang around. We can’t control the deer population, but we can control the tick population. Mosquito Squad’s professional tick control services will eliminate ticks, deer or any other kind, without having to worry about where the deer choose to feed. Call us today for your free consultation.