Timothy C. Winegard has written a new book that details the role mosquitoes have played in human existence since 3200 BC and the level of influence is hard to fathom. The Mosquito: A Human History of Our Deadliest Predator, is described by Gabino Iglesias of NPR as “as wildly entertaining as any epic narrative out there.” However, this story and it’s detailed, researched timeline of terror is all true. Winegard places mosquitoes in practically every documented era of the earth’s existence and explains that they have played a much more substantial role than we possibly realize.

52 Billion. That’s the estimated number of people killed by mosquitoes to this point.

52 billion is more than all the people killed in all the wars in history combined. 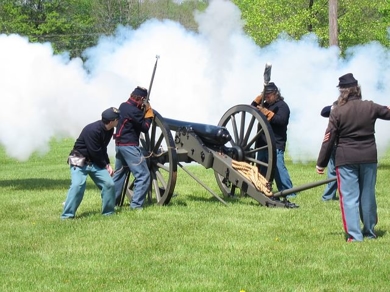 Winegard tells us the mosquitoes reign goes back to the extinction of the dinosaurs, follows through the Roman Empire, the collapse of Genghis Khan, into the Civil War. According to his research mosquitoes were one of the driving forces behind the birth of slavery in the new Americas. He also points out that the diseases mosquitoes carry have been around long enough and strong enough to alter human DNA.

Eight of Shakespeare’s plays contain instances of malaria. Winegard’s remarkable study goes so far as to say that conquering of the Aztec and Inca tribes were more a take over of a people already crippled by mosquito-borne illness than any great annihilation. This book takes a look at thousands of years of historical facts and reshapes them in a way we have never imagined… by the steadfastness of the mosquito.

“We are still at war with the mosquito.” This is the final line in Timothy Winegard's book. Throughout time the mosquito has adapted to practically everything mankind has thrown at it. It has become immune to pesticides, the diseases they carry have continued to plague the globe... to this day, the mosquito is still the deadliest animal on the planet.

This book is a fascinating look into history through the life of the mosquito. It is hard to believe that something so tiny has had so much influence over the years and yet when we consider how much they can affect any given day in our own lives it is eye-opening.

One ruined party, one miserable hike, they can consume the focus of any day, especially if it’s an important one. And we can’t forget the continued annual threat of West Nile virus. At Mosquito Squad we can only read about history, but we can create change for the future. Our mosquito control services will eliminate up to 90% of these awful little terrors from the events you hold dear in your present and future. Call us today.