On July 18th of this year, CNN.com reports that two Islands in China have been practically rid of the Asian Tiger mosquito through genetic modifications. Xi Zhiyong, a professor at Michigan State University, has been working on genetic modification of mosquitoes for several years. In his initial study, he used sterilized male mosquitoes to mate with females hoping to bring down the population. In his latest and quite successful experiment, both the male and females were altered. The two islands in southern China saw a reduction in female Asian Tiger mosquitoes by up to 94% and a reduction in human mosquito bites by 97%!

The goal in genetic modification of mosquitoes is to use the mosquito as its own mosquito control, “building good mosquitoes that can help us fight bad ones” as stated by the professor. It’s interesting and progressive research that could eventually help rid much of the planet of disease-carrying mosquitoes.

The Importance of Mosquito Control and Mosquito Treatment 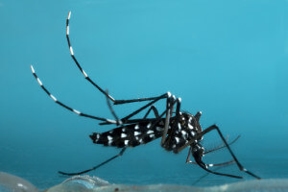 Mosquitoes are considered to be one of the deadliest animals in the world, according to The World Health Organization as well as the Bill Gates Foundation. They carry diseases such as malaria, dengue, Zika, and West Nile all across the globe. For China the Asian Tiger Mosquito is the main source for disease, so ridding the country of the mosquito, in essence, rids it of the diseases as well. Asian Tiger mosquitoes are prevalent in South Central Texas as well and can carry most of the same diseases, therefore mosquito control is equally as important right here at home.

Scientists invest a lot of time in this type of research and organizations like those run by Bill Gates invest a lot of money. It’s important research as mosquitoes are real killers. However, when you read articles such as this one on CNN.com about genetic modification you have to pay attention to words like “experiment” and “study”. It’s wonderful that this one worked, but no one is sure yet that it will work the next time. They have a long way to go before you will see this being used in your own backyard.

That’s okay, at Mosquito Squad we’ve got you covered! Our backyard mosquito spray will work for you TODAY! It eliminates up to 90% of existing mosquitoes and continues to work for up to 3 weeks. All the research has been done and no genetic modifications are required. Call us today to schedule your first of many mosquito treatments.

We guarantee you will be glad you did.