Different tick species are more common in different regions. In the Northeastern United States, the deer tick and dog tick are most common.

In Central Massachusetts, we most commonly hear about the black-legged tick, also known as the deer tick. Evidence shows that our region has ample environmental conditions and wildlife to sustain the massive deer tick population. This tick alone is responsible for an estimated 300,000 cases of Lyme disease (confirmed and unconfirmed) across the United States. Lyme disease is prevalent in our area, because of the number of ticks, as well as the amount of time they spend questing for their blood meal. Spring, summer, and fall are the black-legged ticks’ busy season. Both nymph ticks and adults can transmit Lyme disease, and this species loves a human blood meal.

The lesser-known dog tick is very dangerous too.

You might hear of dog ticks less frequently in Central Mass, but the word needs to be out. Because black-legged ticks and Lyme disease are more common, residents might assume that all ticks are the same. They are not. Different species are responsible for the spread of very different types of diseases. The dog tick is most often found on dogs but will bite humans. 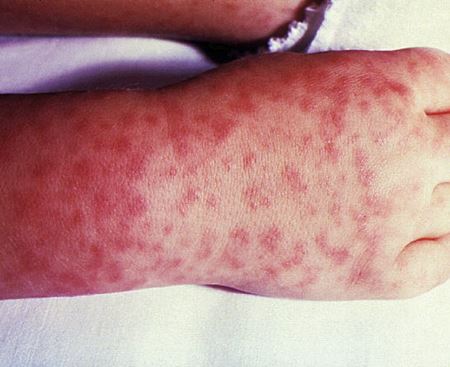 It is responsible for Rocky Mountain spotted fever, a potentially-fatal tick-borne illness. Though this illness is very rare in contrast to Lyme disease, we must be on the alert for this type of tick. Rocky Mountain spotted fever can cause acute symptoms similar to Lyme infection, such as fever and muscle aches. Folks might even mistake these symptoms for flu. What differentiates this illness is the rash that occurs, and potentially blackened skin at the site of the infected tick bite. The problem with the tell-tale rash, is that it might not appear until well after infection. If you have symptoms and suspect a tick bite, seek immediate medical attention – do not delay treatment.

Though it might not be easy to identify a tiny nymph tick, there are differentiating physical characteristics between the dog tick and deer tick. The most notable differences are in the black coloring on the deer tick – which is why it is known as the black-legged tick. The dog tick is mostly brown, with light markings on its back. The deer tick has a reddish-brown body with a black head and legs, and a black marking on the back.

Keep ticks at bay with a trusted, professional tick treatment regimen. Choose Mosquito Squad of Leominster for tick control in the spring, summer, fall, and winter! Call us today at (978) 321-2670.