If you’ve lived in El Paso your entire life, you likely know the truth about scorpions. But, as Anthony, Canutillo, Clint, and the rest of the El Paso area grows at an astounding rate, transplants might have some scary ideas about scorpions. We are here to dispel a few myths, confirm a few facts and give you some overall peace-of-mind when it comes to controlling scorpions at your home.

Scorpions do sting. And they do release a venom that is a neurotoxin so their prey can’t move and get away. However, the types of scorpions in El Paso do not carry life-threatening venom. The sting is comparable to a wasp sting and can get red and sharp. (With the exception of an allergy to the venom, scorpion bites in El Paso are not lethal to humans.)

Scorpions are shy. They only sting in a defensive move, generally when someone steps on them by accident. They are nocturnal so they’re likely to be more defensive if discovered hiding during daylight hours.

Scorpions Only Live in Rural Areas

Scorpions are Hard to Get Rid of and Control

Scorpions can be treated for specifically. In fact, we offer a highly effective scorpion control program that specifically treats near your home and the walls to keep them from climbing in at night when they are looking to get out of the heat or cold. But we don’t stop there. We focus on your entire property and lawn too. If we can keep them out of your yard, they won’t get in the house either.

But you can help too! 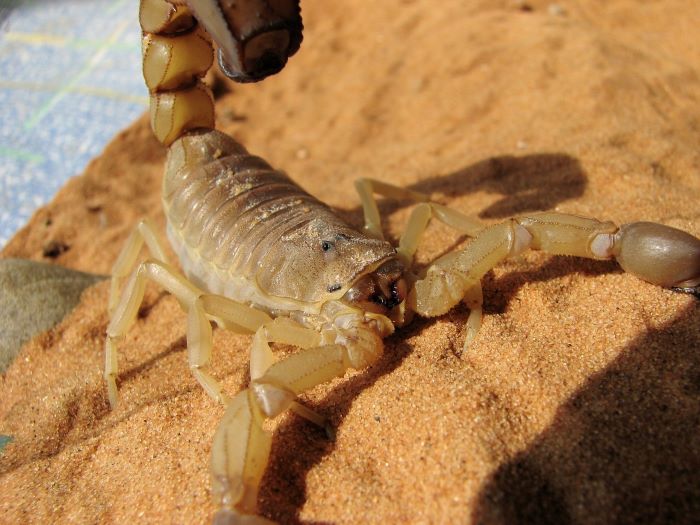 Following these tips around your home and property can make your home less hospitable to scorpions in general:

For even further peace-of-mind, call our team at Mosquito Squad for our scorpion control treatment.