Mosquito-Borne EEE is the News

Eastern Equine Encephalitis (EEE) has made its appearance in the South Coast communities of New Bedford, Freetown, and Easton according to the Massachusetts Department of Public Health.

Mosquito samples that include the Coquilettidia Perturbans and Aedes Vexan species were collected, both of which are considered mammal-biting. The Department of Health and Human Services is considering the risk level for EEE to be moderate to high in the communities of Bristol and Plymouth Counties. This linked map can show you the specific regions and their current risk level. 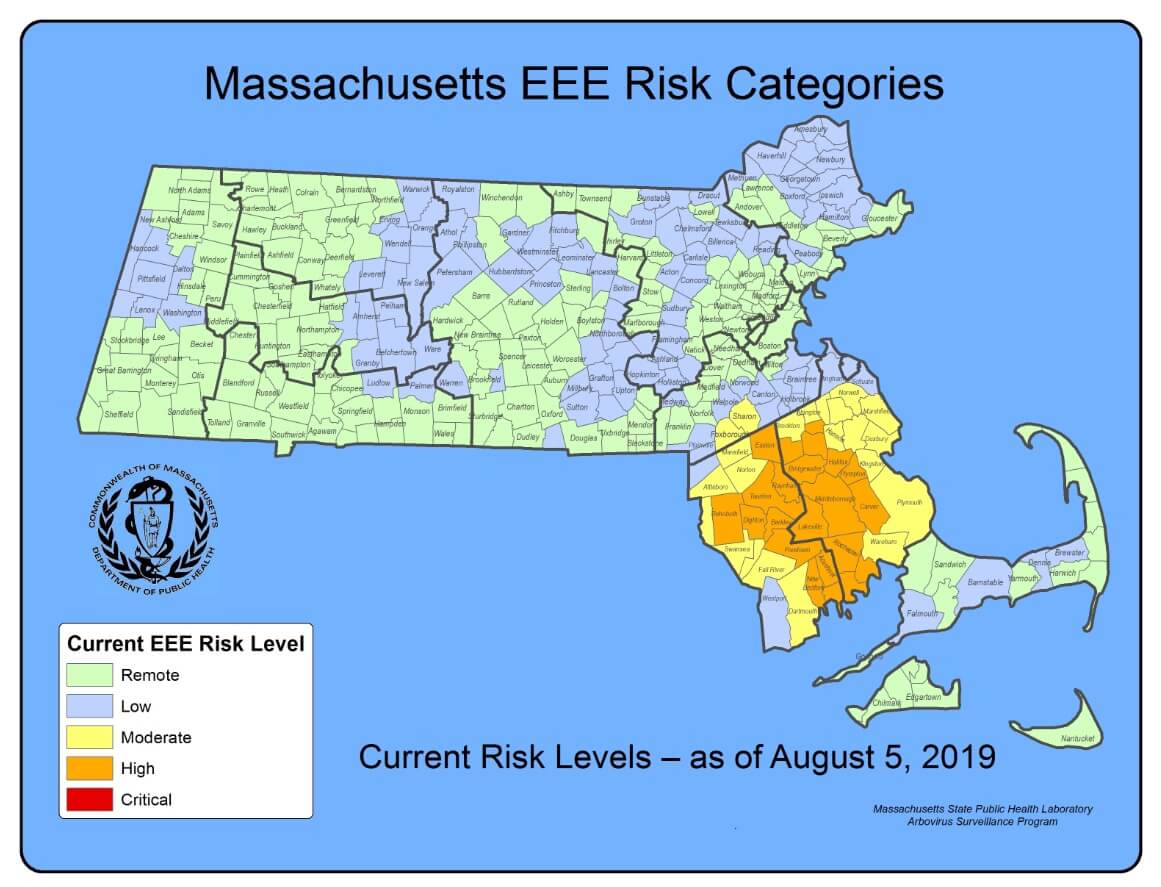 EEE can affect humans and horses in Southeastern, Massachusetts. While most humans never experience any symptoms with EEE, those that do have the potential of becoming very ill. Some may experience issues that lead to permanent brain damage and even death. The potential danger to horses is much higher. However, there are also vaccines for horses that prevent EEE. No such vaccine exists for humans.

The Bristol County Mosquito Project will be misting certain areas, but the Department of Health stresses every homeowner’s responsibility to go to extra lengths in mosquito proofing by removing standing water and eliminating the places where mosquitoes most often breed. Avoiding the peak hours of mosquito activity and wearing FDA approved repellents are also highly suggested at this time in the South Coast area.

It’s Not Too Late for Professional Mosquito Control

Summer is still here, and recent history tells us that it could go on longer than we expect.

Insect repellents are necessary for local parks and recreation areas, and at home you can further eliminate mosquitoes with our mosquito control program.

The mosquito control that Mosquito Squad provides can eliminate up to 90% of the mosquitoes in your yard. Our barrier treatment’s time-released formula continues to work for up to 21 days. It’s never too late to take the extra steps to lower your risk from mosquitoes and the diseases they carry. Call us today and let us make that step a simple one.