We have recently caught ourselves shaking our heads when neighbors, friends, family, and acquaintances mention this season’s EEE threat is over. Unfortunately, while the temperatures have cooled, they don’t yet have us out of the woods. So, we’ve grabbed the most relevant information from our entomologist, Dr. Kevin Chan to set the record straight on EEE in Southeastern Massachusetts for this year and what you can expect in the spring.

EEE mostly circulates between birds and a specific mosquito, Culiseta melanura. This mosquito prefers birds, so it does NOT directly transmit EEE to humans or other mammals. However, other mosquitoes who feed on the same bird as the Culiseta melanura will pick up the virus and transmit it to humans. Aedes, Culex, and Coquillettidia mosquitoes are commonly responsible for transmitting EEE to humans and horses.

The virus itself is a mosquito-borne virus. It is an Alphavirus from the family Togaviridae. The virus will manifest in two forms: systemic or encephalitic. The systemic form causes flu-like symptoms such as chills, fever, muscle and joint pain, and headaches. Encephalitic infection occurs mostly in older adults and children and involves the central nervous systems. Those who develop severe infections may not completely recover and are left with disabling mental and physical disorders. Read the symptoms of EEE.

Why Was EEE Such a Problem in SE Mass This Year?

The virus is endemic and has been around for a while. While rare in humans, EEE more commonly affects horses due to the type of mosquitoes that transmit it. EEE is primarily maintained between birds by Culiseta melanura mosquitoes, requiring the Aedes, Culex, and Coquillettidia mosquitoes to transmit it to humans or horses.

The reason you hear more about West Nile Virus (WNV) each year is because WNV infects birds and is transmitted by the Culex species. These mosquitoes feed from birds AND humans. This increases the chance of an infected mosquito spreading WNV to a susceptible human host. One of the reasons WNV pops up seasonally is due to mosquito abundance and the number of birds infected with the virus at a given location.

Massachusetts has historically been one of the most affected states but EEE hit particularly hard this year. In fact, from 2009-2018 Massachusetts had the 2nd most cases of EEE in humans in the U.S. with 10. Florida was number one with 13. 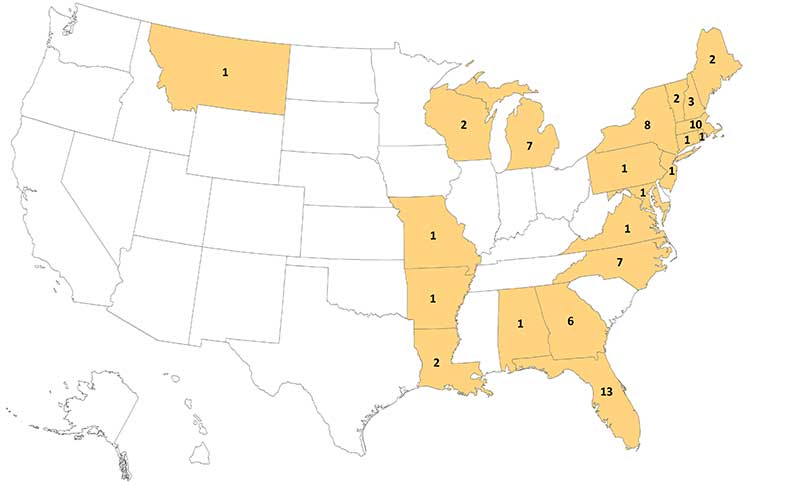 What is the common factor? Wetlands. The Culiseta melanura mosquito prefers lowland swamp areas. Swamps, floodplains, and woodland pools are a common place for them to lay eggs. A winter that stays wet, leaving water standing in areas that usually dry up, could be a reason for a larger population in a given season. A larger population of the mosquito, means a higher chance for the disease to spread further and to humans.

The number of human cases and deaths raises awareness for EEE so that health officials are more actively testing for EEE in patients and wild mosquitoes. In Massachusetts, because EEE is more prevalent, our health department monitors EEE every year. You can always find the testing details at mosquitoresults.com.

There is no evidence of transmission of EEE from a mother to her offspring in Culiseta melanura or Coquillettidia perturbans. Each new generation of mosquitoes begins without the virus.

Depending on the mosquito species, mosquitoes can overwinter at any stage (egg, larva, pupa, or adult). The good news is that Culiseta melanura and Coquillettidia perturbans overwinter as larva – emerging in spring without the virus. Winter effectively ends an EEE outbreak in any given season.

Mosquitoes spreading EEE won’t go dormant until the weather is below freezing for several nights in a row, or we get a “hard freeze.” Some species, such as Culex and Aedes are triggered to go dormant due to shorter days and longer nights regardless of temperatures. But, the Culiseta melanura and Coquillettidia perturbans(main transmitter of EEE to humans) do not. So, while total mosquito population may come down significantly as the days shorten, some mosquitoes are still active.

Not Out of the Woods Yet

Many in the area thought a recent frost meant our risk for EEE is over for the year, but alas, a frost is when we get visible frost on the grass. This can happen with temperatures above freezing. A freeze is when the temperatures actually drop below freezing and can sometimes occur with no visible frost. A hard freeze is at least four consecutive hours of temps below 28 degrees Fahrenheit. We need a hard freeze to offer us more reliable mosquito relief and several days of freezing temperatures before you can be sure.

The Latest On the 2019 EEE Outbreak

We encourage you to ignore friends, family, and Facebook posts telling you the risk is gone. Keep your eye on the most useful tool available to residents in Southeastern Massachusetts – mosquitoresults.com for your current EEE risk level. 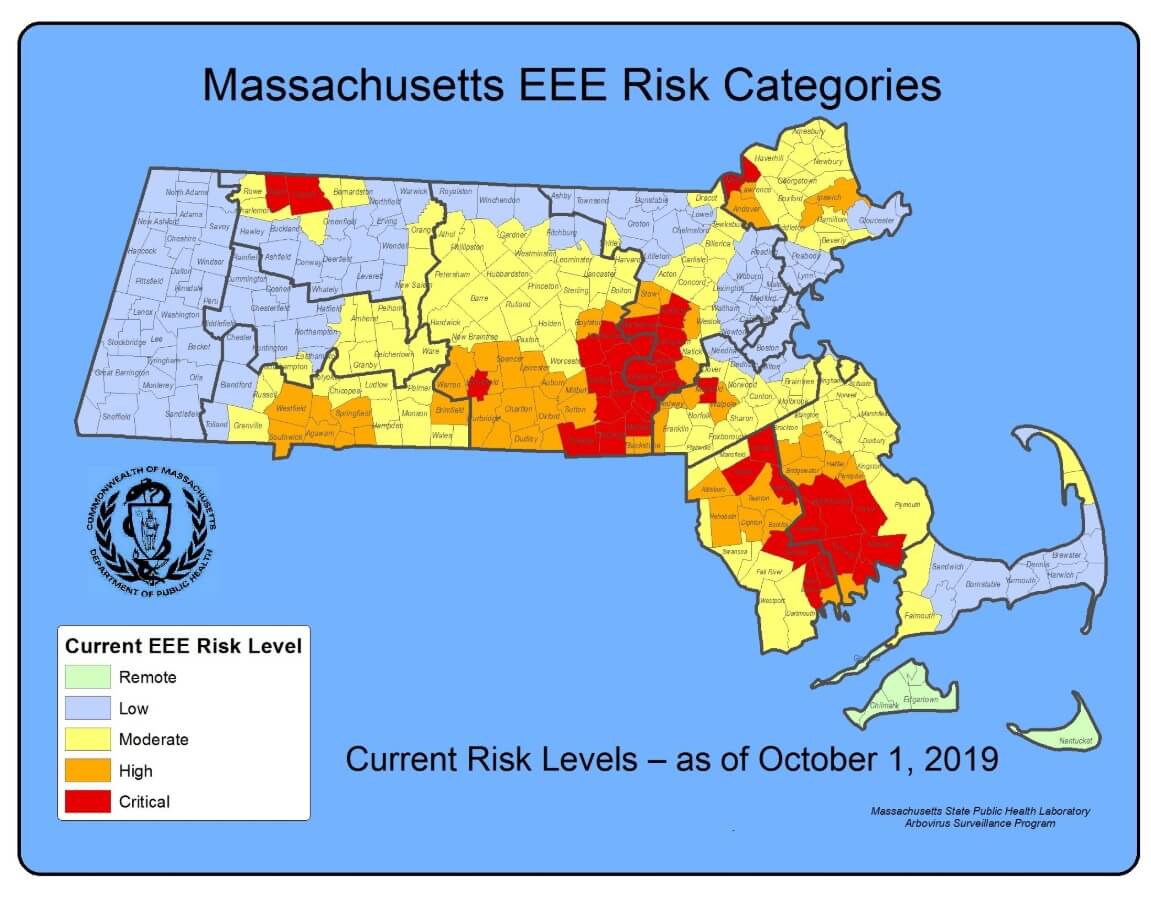 And remember, take precautions to avoid mosquito bites all year with long sleeves and pants and mosquito repellent containing DEET on all exposed skin.