Autumn is a beautiful time of year when we all want to escape to the outdoors before winter settles in. It is also the perfect time of year for spiders to seek protected places to spend the winter. Stop spiders from living rent-free in your home this fall and winter with professional spider control services by Mosquito Squad of Las Cruces.

What Types of Spiders Can You Find in Las Cruces?

New Mexico State University has an extensive database on Southwest spiders that goes into great detail for spiders of the region. Thankfully, we don’t have to learn every one of these spiders. More often than not, spiders are generally known by their spider family names. Roughly 80% of the spiders fit in one of ten families out of 57 spider families found here. These spiders are:

Dangerous Spiders to Watch Out For

Most of the spiders you’ll encounter tend to be harmless or harmless to you. Two contenders for the most renowned spider often jump between the two of the most venomous spiders around, the Brown Recluse and the Black Widow. However, a third that is not as well known deserves mentioning.

Five distinct brown recluse spiders are known to inhabit New Mexico, three of which favor the Las Cruces area. It is highly unlikely to die from a brown recluse bite, though you can get severely ill from their bite. A bite should be carefully monitored as necrosis of the flesh can occur. In extreme cases, amputation is needed due to the extent of dead flesh.

Black widow spiders are known for their bright red hourglass marking and can be deadly to people. This is because their venom contains toxins that can affect the neurological system. It is also noted that their venom is roughly 15 times stronger than rattlesnake venom.

Every year 2,500 people need to use antivenom for black widow bites. 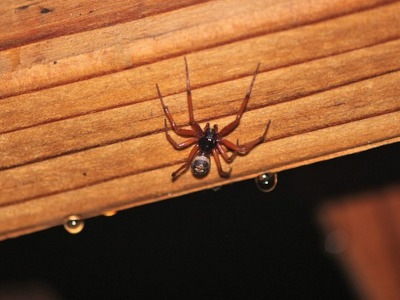 Though the brown widow has just as strong of a toxin as its cousin, the black widow, brown widows rarely inject much venom when they bite. This makes them much less dangerous on average. They are also known to be shy and avoid contact with humans as much as possible.

Protection from the Arachnids

As the weather cools and the spiders try to move in, precautions should be taken. One reason to prevent spiders from finding their way into your home is to prevent thousands of baby spiders from scuttling about when spring starts to warm up the region. Though jumping spiders might be entertaining to think about, having an unfathomable number of black widows climbing the walls does not present a pleasant thought.

Help prevent spiders in your home by dusting and vacuuming around your windows, corners of rooms, under furniture, and in hard-to-reach places around your home. To help keep spiders outdoors, contact the Mosquito Squad of Las Cruces for professional spider control. Don’t let the creepy crawlies winter in your home this year. Contact us today for a free quote on our spider control and other services.

Call the professionals at Mosquito Squad of Las Cruces to prepare for the colder weather. None of us want our homes to be overtaken by insects, let alone spiders. If they can find a way into your home, they will take it to keep warm. Once they come inside, they will begin to multiply. Can I get a “NO, THANK YOU?” Contact us online or call us today for your Las Cruces spider control needs