I can remember, as many of you probably have a similar memory, of being slathered down by my Mother with foul smelling mosquito repellent as a child on every camping trip and at each family BBQ. In keeping to the product’s promise I never got bit by a mosquito while wearing this chemical suit of armor. I do however remember the feeling of my skin not being able to breathe, the rancid odor, being so sticky I felt as though I would crack with each 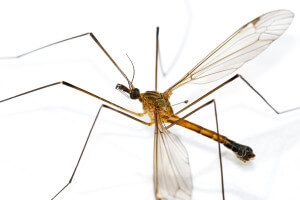 movement and above all the headache I experienced at the end of the day as a result of my exposure to the DEET within the product. Like they always say “hindsight is 20/20 vision” and being a more evolved society research now tells us that excessive exposure to products containing DEET ((N,N-Diethyl-m-toluamide) can cause headaches and especially in children, who knew? Headaches are just the tip of the iceberg in the many adverse side effects that can be attributed to exposure to DEET. Still with these dangers in mind, consumers have continued to use DEET derived mosquito repellents for over 40 years for one reason, and one reason only; it keeps mosquitoes from biting right? Up until recently this may have been the case, but new research indicates the mosquito is quickly becoming immune to the power of DEET.

DEET based insect repellents work by blocking the molecule to the chemical receptors for carbon dioxide and lactic acid in mosquito antennae. Carbon dioxide and lactic acid are both natural components our bodies release and are what make us attractive to the mosquito. Even mosquitoes lucky enough to find us with our DEET-treated skin will not bite because they don’t like the smell or taste of the chemical which up until recently would keep us off the mosquito’s dinner menu.

According to the  BBC, Scientists at the London School of Hygiene and Tropical Medicine conducted tests on the Asian tiger mosquito which is a known vector of both West Nile virus as well as Dengue and Yellow fever. The tests showed that the mosquito responded appropriately in repelling when exposed to skin that was treated with DEET on the first try. As part of the study those same mosquitoes were introduced to DEET treated skin a second time around and some of the mosquitoes actually came into feed despite the presence of DEET. Dr. James Logan, who led the research, said “The more we understand about how repellents work and how mosquitoes detect them, the better we can work out ways to get around the problem when they do become resistant to repellents.” Previous research had demonstrated how some mosquitoes were genetically immune to the substance, but the new 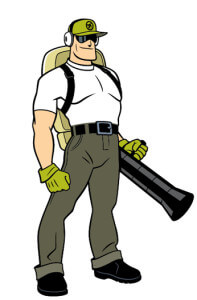 research has shown that even those that would usually be deterred developed a resistance. These new findings mean new alternatives to the use of long trusted DEET repellents are in order. The chemical has become the most widely used insect repellent since the U.S. Army patented it in 1946 as a broad-spectrum biting insect repellent. It is true that DEET is becoming less and less effective at keeping mosquitoes at bay which is cause for concern to many after years of trusting the product to repel mosquitoes. I like to compare the diminishing effectiveness of DEET to that of our excessive dependence on antibiotic therapy and the way in which it too is becoming less effective at killing certain strains of bacteria. It looks as though the time for trusting in the effectiveness of DEET has come to pass.

At Mosquito Squad of Greenville, we do not rely on topical mosquito control or repellent, but instead protect against mosquitoes by our safe and effective barrier treatment that targets the vegetation and areas where mosquitoes lurk. Our barrier treatment kills mosquitoes on contact and continues to protect for up to 21 days. We do recommend exercising safe mosquito practices when venturing into untreated areas. It is also a good idea to wear proper clothing and apply repellent to reduce your risk of falling prey to mosquitoes and reduce your risk of exposure to mosquito-borne illness and disease in untreated areas.

You can learn more about our superior level of mosquito control and prevention by contacting Mosquito Squad of Greenville, SC. Call us today for a free quote at (864) 362-2013!