Hercules was the most popular figure in ancient Greek mythology. A demigod known for his muscular physique and his incredible strength; he could perform physical feats that no other human could. His legacy lives on in stories, sculptures, and… insects?

Yes, that’s correct. The largest beetle in North America has been nicknamed the Hercules Beetle, thanks to its large stature and unmatched strength. Scientifically known as Dynastes tityus, the Hercules beetle (also sometimes known as the rhinoceros beetle) can be found on every continent except Antarctica, and within North America mostly dwells within the southern region of the United States. They are herbivores that feast on plants, sap, nectar, and fruit.

The Hercules beetle is easily recognizable by its large body and long horns. The males can grow to be up to 7 inches in length, with the horns sometimes growing to be 1/3 of their body length. During mating season, the females release a pheromone that attracts male beetles. The males use their horns to compete and fight for the female’s affection. 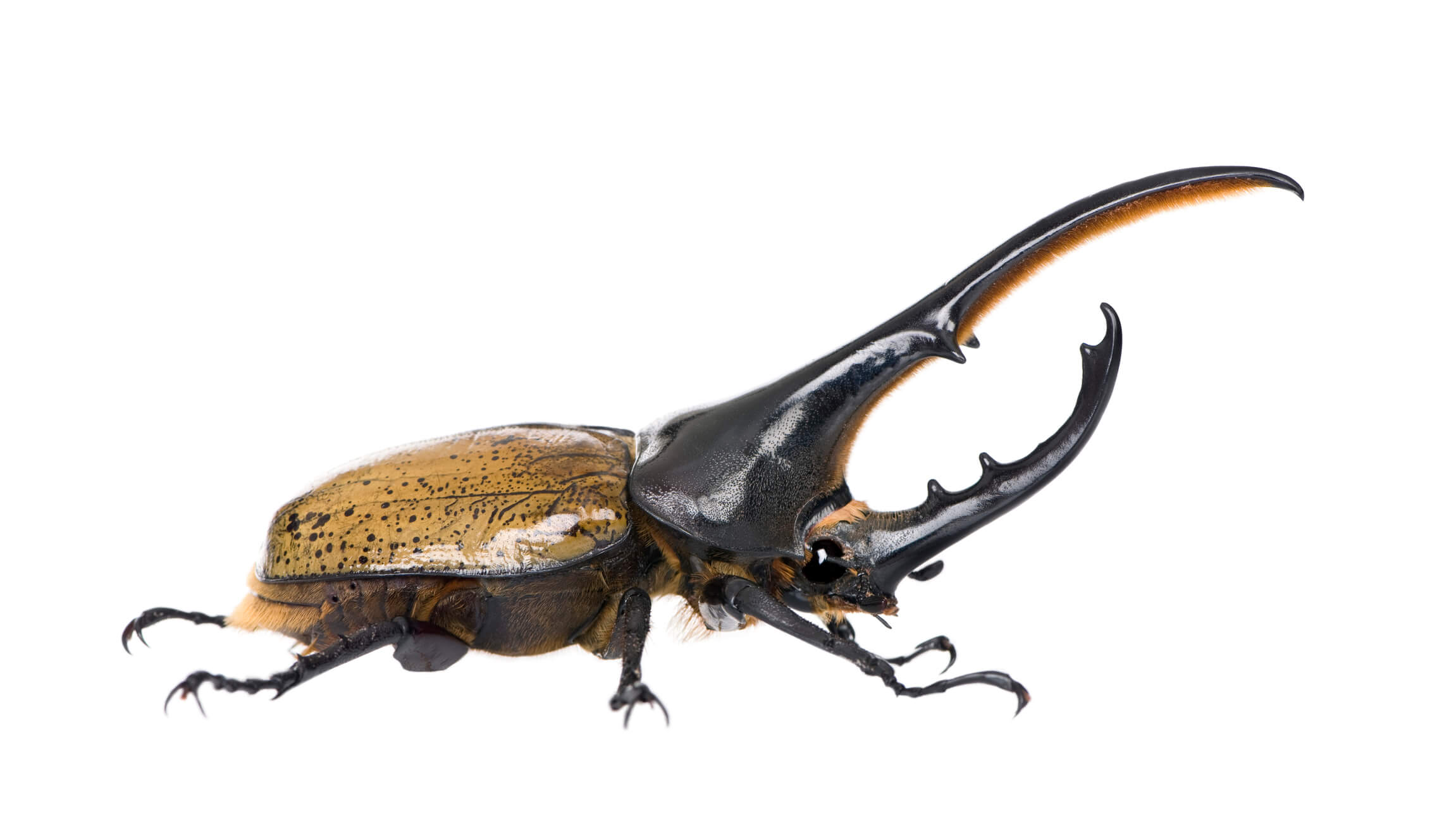 While their size makes them hard to miss. It’s their strength that garners them the most attention. It has been widely reported that some adults within the species can lift 850 times their weight. In the animal kingdom, they probably make for a great spotter in the gym!

While we haven’t gone toe to toe with a Hercules beetle, Mosquito Squad can help you fight off a variety of backyard pests. Call your local Mosquito Squad today!