At Mosquito Squad, we provide our customers with effective mosquito control, but we also believe it’s important to educate and fight against dangerous vector-borne diseases. Our desire to help led us to our partnership with Malaria No More, a non-profit organization whose mission is to end malaria deaths in Africa by 2015. 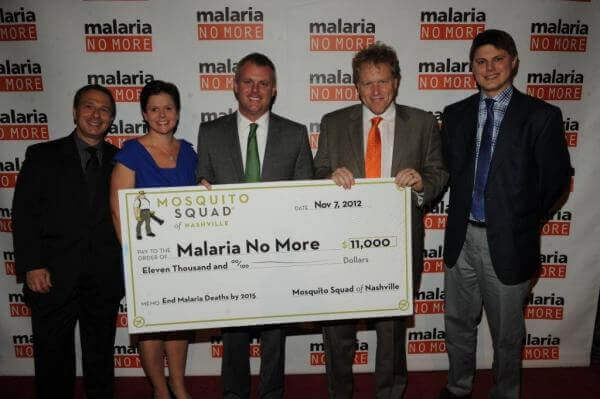 Last week, Malaria No More had their 2012 International Honors dinner in New York City. We were fortunate enough to be involved too! Three members of our support team and one of our franchisees, Patrick McKennon, who provides mosquito control in Nashville, were invited to help honor one of MNM founders, Peter Chernin.

Emceed by Saturday Night Live’s Seth Meyers, the night honored Chernin for his efforts and contributions in the fight against malaria. Malaria is both a preventable and treatable disease that is rampant in parts of Africa. A child dies every minute due to the mosquito transmitted illness. MNM raises money to stop the spread of malaria by giving bed nets for families. They also have teams on the ground in Africa delivering treatment at clinics.

As Chernin explains: “Ending deaths from malaria represents an unprecedented opportunity to effect global change. The world has made a tremendous impact in just six years, reducing malaria deaths by one-third in Africa by driving funding, attention and education needed to stamp out this disease.” 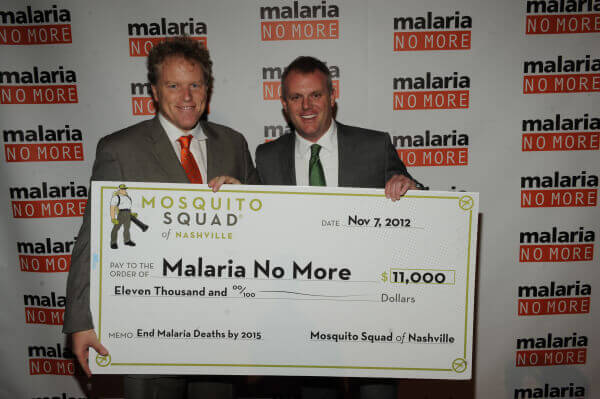 A highlight of the trip was seeing Mosquito Squad of Nashville’s Patrick McKennon present a check to the organization for $11,000. The Mosquito Squad – Malaria No More relationship is one that he takes incredibly seriously and he was able to raise the money through contributions from his clients as well as personal funds. We at the corporate office are so happy and proud to see his commitment to Malaria No More.

In addition to Chernin and Meyers speaking at the event, NBC Smash star Katharine McPhee recounted her trip to Africa with Malaria No More and what it meant to her.

If you are interested in helping fight malaria, visit SwatMalaria.net to donate.