Even though this graphic is not new, it is still mind-boggling to visualize the reality of just how deadly mosquitoes are compared to every other living species. Humans kill each other at a rate that is staggeringly less than the mosquito. So why can’t we and why don’t we just get rid of them? We are bigger, we are educated, and we have abundant resources. And yet it’s not as easy as it sounds.

Is It Necessary to Eliminate Mosquitoes as a Species? 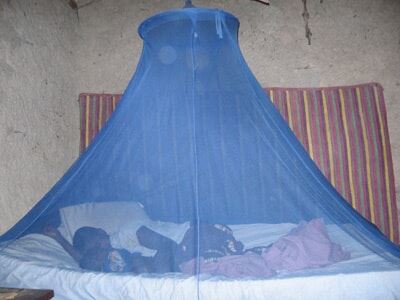 As you can imagine, the argument of eradicating a species can go in many different directions, with varying opinions. Mosquitoes spread a variety of diseases including malaria, yellow fever, dengue, chikungunya, EEE, West Nile, and Zika. By eliminating the mosquitoes that carry these, we would save millions of lives, but how many of the mosquitoes that exist does this include?

An article in Forbes Magazine broke down the numbers for us. There are over 3,500 existing species of mosquitoes. Out of those, only about 200 actually feed on humans. Out of those 200, less than 50 are capable of carrying diseases that are a risk to humans. Also, there are over 90 species of mosquito, known as the elephant mosquito because they are quite large, that actually eat the larvae of the dangerous kind. Should we kill those too? It makes you wonder doesn’t it?

Steven Juliano, an ecologist at Illinois State University, believes the idea of global elimination is a bit “far-fetched.” However, he does admit it might be possible to reduce local populations or eradicate certain species in areas where they cause the most harm. There has been progress in the genetic modification of mosquitoes, a technique that makes it impossible for females to reproduce. Nevertheless, Juliano notes that exterminating one type of mosquito can often make way for another species to thrive. Would this be time and money well spent?

The ethics around species eradication might be as complicated as the science, or even more. Henry Greely, a Stanford law professor and bioethicist, believes we should most definitely proceed with caution. The idea that we can eliminate a population that we aren’t happy with is a “slippery slope,” as stated in Smithsonian Magazine. We may begin with mosquitoes, but what is next? Rats? And then what?

He questions the concept of creating a biosphere of what we want instead of what occurs naturally. “Do we want to live in nature, or in Disneyland?” Interesting question, yes? There are also small environments that actually feed on mosquitoes. In the Arctic, Tundra mosquitoes are a significant food source for birds. Should we eliminate mosquitoes in the Arctic?

The most famous infectious disease doctor of our present time has a weigh-in for that argument. In 2016, during the Zika outbreak, Dr. Anthony Fauci wrote an editorial basically saying Kill them all. In a world where mosquitoes continue to be the most deadly animal on the planet, he just does not play games. “Give the birds bird feed and get rid of the mosquitoes.” I guess we don’t have to question his position on eradication.

There is a plethora of information to digest when it comes to deciding if eradication is the best choice for solving our mosquito problem. Some of it is super scientific and over most of our heads. It’s probably best to leave that to Dr. Fauci and his colleagues, knowing that when decisions are made, they will be the right ones.

Whether or not permanent mosquito control solutions ever happen, keeping them out of our own spaces is something we can all agree on. Mosquito Squad of West St. Louis is all the science you need to make that happen. No degree required, just a phone call. Our barrier treatment will eliminate up to 90% of existing mosquitoes on your property. Whether it is early spring, mid-summer, or the end of mosquito season, it is never too late or too early to schedule mosquito control for better outdoor enjoyment. Call us today.