It is true that opossums, affectionately known as possums, can be kind of gross. Opossums make a mess in the trash, build homes in confined spaces (possibly closer to your house than you might like), and sometimes they’ve even been known to hiss and make a human feel generally uncomfortable. Overall, they get a bad reputation. However, did you know, opossums actually do some really good things? Like devouring ticks? Who knew? 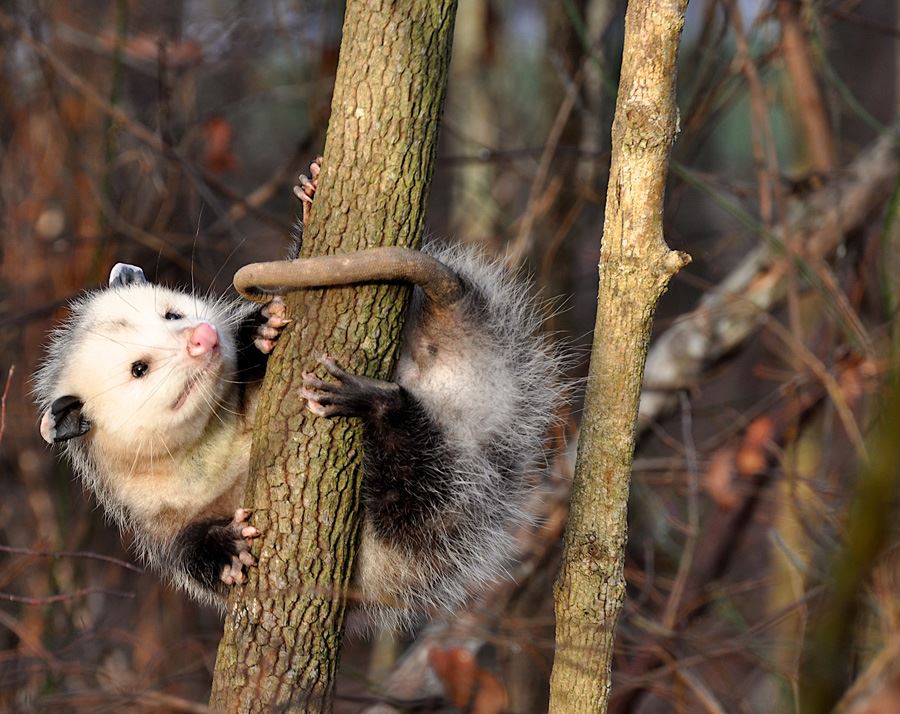 Did you know that possums will eat practically anything? That’s probably not a surprise if you’ve ever had one knock over your trash can, but they eat way more than just household garbage. Possums eat cockroaches, mice, and dead animal carcasses. Sure, it’s disgusting, but if they are eating the mice and cockroaches outdoors, that is keeping them from coming indoors, right?

They are also great for the garden, as they eat snails and slugs and other bugs that could damage your plants. Possums are super resilient. They are immune to snake bites, scorpion bites, and bee stings. They even prey on snakes, so that’s another nuisance they are probably keeping away from you. That makes them protectors of a sort.

What makes possums genuinely near and dear to our hearts. They eat ticks. They eat THOUSANDS of ticks. That makes them the perfect little Lyme disease-fighters as they require no training, no testing, no funding. While possums wander around the forest or the outskirts of your own yard, they pick up ticks in their fur along the way, and then they eat them. All of them, well 95% at least. One possum will likely eat up to 5,000 ticks a season. Let us not forget that ticks are the carriers and the cause of the spread of Lyme disease, Rocky Mountain spotted fever, and other dangerous diseases. That uninvited possum under the porch is helping to protect us from awful, dangerous, and painful diseases by eating up the source. Now that makes them pretty cool creatures.

Watch Out for These Little Guys Along the Way

Unfortunately, the opossum is a little slow, so its only defense mechanism is to play dead. When it feels threatened, it becomes paralyzed and lies still as if dead. They have no control over the response and will lie there for up to 4 hours motionless. This works for them in the forest, but not along the roadway. A small motionless animal in the middle of the road is likely to get flattened. However, now that you know how beneficial they are in our fight against Lyme, maybe you’ll pay a little more attention and try to swerve. And if they are really bothering you by being in your trash, consider rehoming them.

Possums are great for eating ticks, but maybe not the most desirable or reliable. Our barrier treatment is. It eliminates 90% of adult ticks in your yard, and the addition of our tick tube system will continue to eliminate them all year long. Call us today for a free tick control quote.