When you think of tick diseases, Lyme disease is probably the first that comes to mind. Prevalent in the Northeast and upper Midwest, you might not think of it too often, even though you should. But did you know there are other dangerous tick-borne diseases in St. Louis and St. Charles too? 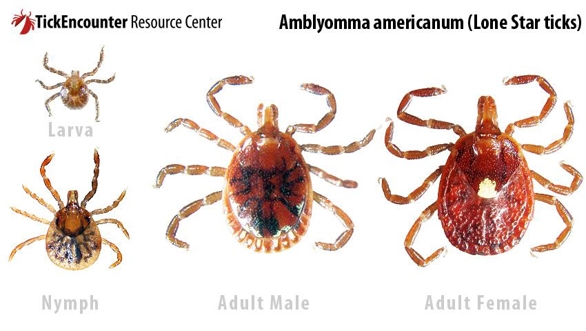 A rare tick-borne disease was discovered in 2014 in a Kentucky man. Named for the place where the patient lived, the Bourbon virus was not identified until after the man passed away and further testing could be completed.

In 2017, the 2nd case of Bourbon virus emerged in a woman here in St. Louis. They were able to diagnose the ailment, but unfortunately, there is no treatment and the patient eventually succumbed to the illness.

What is Bourbon Virus?

The Bourbon virus is known to be spread through the bite of an infected tick. Through testing, the CDC shows the lone star tick is the likely vector.

While rare, the Bourbon virus has been identified in the Midwest and the Southern United States. It belongs to a group of viruses called thogotoviruses.  While scientists don’t know a lot yet, there have been some common symptoms among the infected patients.

There is no specific treatment or cure for the Bourbon virus. But if a patient thinks they have it, they should see a doctor right away to treat symptoms. If it gets severe they may need hospitalized and given intravenous fluids.

This tick-borne disease, spread by the lone star tick is too new to have any relevant stats on how dangerous Bourbon virus is. However, as noted above, two patients have perished from the disease, so it is best not to take chances.

When out in untreated areas follow our tick safety guide. When at home, rely on our team at Mosquito Squad to eliminate ticks on your property with our proven barrier treatment and tick control services. Call Today!