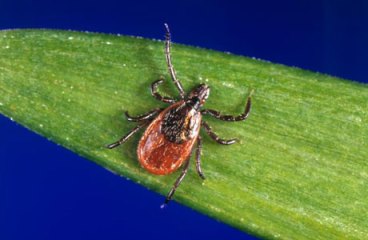 Just when science and the medical field thought they had all the diseases deer ticks can pass onto humans figured out, Mother Nature throws us a curve. A new and not yet named tick-borne illness caused by the bacteria Borrelia miyamotoi is making the rounds in the Northeastern U.S. This new bacteria, only recently discovered in humans, is carried by deer  ticks and causes flu-like symptoms like fever, headache, muscle aches and nausea. The illness does not produce the tell-tale “bull’s eye” rash that is often a symptom of Lyme Disease.

If left untreated, Borrelia miyamotoi can cause recurring fever. It can also cause confusion and dementia-like symptoms in some patients with compromised immune systems. This is a reaction that is not seen in other illnesses caused by the deer tick. Doctors in the US are at a loss at diagnosing this new disease because tests typically used to pinpoint Lyme Disease are coming back negative in spite of the symptom similarities initially seen in those suffering from Lyme. Lyme, which is caused by the bacteria Borrelia burgdorferi, in itself can be difficult to diagnose and is often referred to as “the great pretender” among vector-borne illness. By introducing this new tick-borne bacterium fed disease into the scenario means doctors have their work cut out for them in the days ahead because we are still early in the tick season. 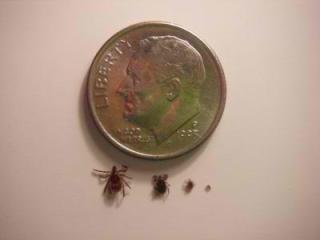 The discovery of this new illness attributed to the deer tick solidifies it as public enemy number one in many states. In addition to this new illness caused by the Borrelia miyamotoi bacteria, deer ticks are also known vectors of Babesiosis, human Anaplasmosis (aka-Ehrlichiosis) and of course the most well-known of all tick-borne illnesses, Lyme Disease.

According to an article recently published by the New York Daily News, “The bacterium is a relatively new discovery, first identified in 1995 by Japanese scientists. The first cases of human infection, documented in a 2011 study, were discovered in Russia. A study on the first identified U.S. cases — 18 people in southern New England and New York — was published in the New England Journal of Medicine in January.” One positive aspect of this no-name illness is that it responds well to the same antibiotic therapy that is used to treat Lyme Disease which means one major hurdle has been crossed early in the game in treating  this new disease. 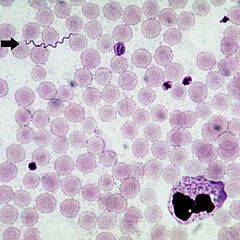 Until the results of the research being conducted on this new illness are released, and even until the illness is named, it is certain that the best way to avoid contracting this new illness is through exercising tick control and prevention practices. It is important to realize that deer ticks are very small and can be hard to see. The nymph deer tick is about the size of a poppy seed, and the adult deer tick is about the size of a sesame seed. Being in the mosquito and tick control business here in Southern New Hampshire, we know it takes more than yard protection to keep safe, so avoiding untreated areas and conducting frequent tick checks is a must when venturing outdoors.

Our barrier treatment and tick trap program will eliminate most of the ticks in your yard for the entire season. Your own backyard is where you and your loved ones will spend the most time so the first step in tick protection is protecting your yard by creating a shield through our barrier treatment program. Mosquito Squad of Southern New Hampshire is dedicated to keeping you safe from this new tick disease with our tick intensive control and prevention treatment. We combine safe and effective barrier sprays that kill adult ticks. Tick traps (for nymph ticks) interrupt the life cycle of the tick eliminating it before it has a chance to spread infection to you. We’ve had great success with our tick trap program which can reduce the chance of coming into contact with a deer tick on your treated property by up to 97%.

Contact Mosquito Squad of Southern New Hampshire today to keep you and your family protected from the illnesses deer ticks carry, both old and new. Call us today for a free quote at (603) 538-3125