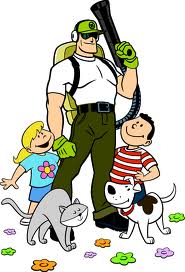 These numbers reflect only the tip of the iceberg with many cases going  unreported or being misdiagnosed. Lyme disease is known as “the great pretender” and can mimic the symptoms of many other illnesses. Our goal at Mosquito Squad of Southern New Hampshire is to heighten the awareness of Lyme disease through knowledge, control and prevention. It is crucial for residents to learn how you contract the disease, how to tell if you may have the disease and how to protect yourself and your loved ones from getting Lyme disease. We answer these important questions for you in simple terms. 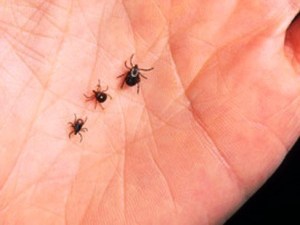 How do you get Lyme disease?

The bacterium that causes Lyme disease is called Borrelia burgdorferi. This bacterium lives within the gut of infected ticks and is passed on to humans and other mammals from being bitten by a tick carrying the bacterium. The deer tick or black-legged tick is the main vector of Lyme disease transmission. Although adult and nymph (baby) ticks are capable of spreading the disease, nymph ticks are harder to detect and have a better chance of transmitting the disease because they are tiny and are difficult to see. Studies have shown the tick must be attached for 36-48 hours or more before the Lyme disease bacterium can be transmitted. Nymph ticks stand a greater chance of remaining undetected and thus have plenty of time to pass the bacterium onto us.

How do I know if I have Lyme disease?

Not every tick carries Lyme disease. If you find a tick on you or your pet, it is important to remove it following the CDC’s safe tick removal procedures. It is also important to keep the tick in a small vial or spent medicine bottle marked with the date the tick was found in the event you become ill. Proper diagnosis of the disease is easier when the tick can also be tested for the presence of the Lyme bacterium. If you have been bitten by a tick and start to feel ill it is important to contact your doctor immediately. Symptoms of Lyme disease vary from person to person but many people infected with the disease begin to show symptoms 3-30 days following being bitten. These symptoms can include the well-known bull’s-eye rash known as erythema migrans. This rash starts at the location of the bite and expands into a red circular pattern. Other signs include flu-like symptoms such as fatigue, chills, fever, headache, muscle and joint aches. Swollen lymph nodes and a small raised bump at the site of the tick bite are also commonly reported as symptoms of the Lyme disease in the early localized stage.

If Lyme disease goes untreated or undiagnosed the next stage of the disease is known as the early disseminated stage. Lyme disease during this stage can produce an array of symptoms that come and go.  Some of these symptoms may include erythema migrans rash, loss of muscle control on the face, dizziness, neck stiffness and severe headaches as a result of Meningitis, heart palpitations and pain and swelling throughout the body.

Late stages of the disease are referred to as late disseminated stage Lyme disease. This stage of Lyme disease can cause arthritis and neurological disorders. Prognosis for Lyme disease is good if the disease is diagnosed early. Patients treated with appropriate antibiotics in the early stages of Lyme disease usually recover rapidly and completely. The longer the disease goes untreated the greater the risk of suffering from acute symptoms that can persist for years. In particular Post-Treatment Lyme Disease Syndrome, also called chronic Lyme disease is a concern and can lead to continual aches and pains for years even following treatment with antibiotics.

Being diagnosed with Lyme disease can lead to many problems, and can change a person’s life immensely. When it comes to protecting yourself and your family from Lyme disease, an ounce of prevention is worth a pound of cure. Reducing your exposure to ticks is the best defense against Lyme disease. Utilizing a tick control and prevention program along with staying tick smart will reduce your risk of coming into contact with a potentially infected tick.

Mosquito Squad of Southern New Hampshire is dedicated to keeping you safe from Lyme disease with our tick intensive control and prevention treatment. We combine safe and effective barrier sprays that kill adult ticks. Tick traps (for nymph ticks) interrupt the life cycle of the tick eliminating it before it has a chance to spread infection to you. We’ve had great success with our tick trap program which can reduce the chance of coming into contact with a tick on your treated property by up to 97%. Statistics like this are hard to beat.

If you want to learn more about keeping the most important people in your life protected from the tick that could potentially give them Lyme disease, contactMosquito Squad of Southern New Hampshire today. Call us today for a free quote at (603) 538-3125.

Mosquito Squad of Southern New Hampshire is a mosquito and tick control system that virtually eliminates mosquitoes, ticks and other flying pests from your yard when using our barrier treatment. We also provide special event and commercial barrier control sprays. Mosquitoes and ticks are carriers of West Nile Virus and Lyme disease. Take back your yard by implementing the Mosquito Squad barrier control treatment system throughout this spring and summer. At Mosquito Squad of Southern New Hampshire, our motto is Live Mosquito Free or Die.