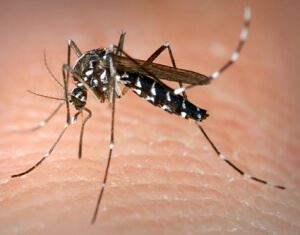 The Asian tiger mosquito (Aedes albopictus) is an invasive mosquito species that is known to be a vector of a wide range of mosquito-borne illness and disease. The Asian tiger is also a potential vector for Yellow Fever and has now been identified as the main carrier of Chikungunya Fever, a debilitating joint disease prevalent in Asia. Here in the United States the Asian is to blame for the spread of Lacrosse Encephalitis and Canine heartworms. 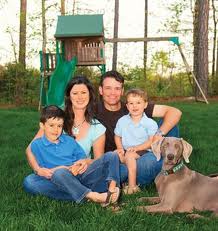 This mosquito is native to the tropical and subtropical regions of Southeast Asia. In 1985, the first sightings of the Asian tiger mosquito within the US were documented in a used tire yard in Houston, TX. The mosquito is believed to have hitched a ride to the United States inside a shipment of used tires from Asia. Only two years after the arrival of this unwanted world traveler, the population had already spread into 17 states. Currently the Asian tiger mosquito’s realm extends from Texas all along the Southern coast all the way to the Atlantic. This mosquito has been identified in 25 states. The mosquitoes identified range is documented as far North as Iowa. Stringent regulations have been implemented to try and cease the problem of more of these mosquitoes being brought into the US.  The used tire trade is still the primary way these mosquitoes continue to enter our country. 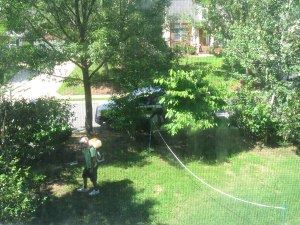 The  Asian tiger mosquito was named for its distinct black and white markings which resemble its namesake – the tiger. This mosquito was aptly named because it exhibits much of the same aggression at dinner time as that of the big cat. This mosquito displays a more hostile feeding habit than other mosquito. The mosquito congregates and has been reported to swarm homeowners in their own backyard similar to a bee.  The Asian is relentless and will return to feed after being swatted away. One distinctive trait of this mosquito is that it feeds during the day. The unique feeding habits of this mosquito is why some refer to it as the Forest day mosquito. When other mosquitoes are in there “down” time waiting for the sun to fade into the horizon, this mosquito is active. Mosquito Squad of Southern New Hampshire has compiled a list of the five things you need to know about the Asian tiger mosquito. Our main goal is to keep you informed of the type of mosquito you are dealing with.

#2) Asian tiger mosquitoes can breed in minimal amount of water including small puddles, crevices and knots in trees, planter reservoirs and even bottle caps.

#3) A brood of Asian tiger mosquitoes can hatch in as little as a few days.

#5) You can kill and prevent Asian tiger mosquitoes in your backyard by using the proven Mosquito Squad of Southern New Hampshire mosquito barrier treatment program.

Our program can kill and prevent mosquitoes, including the Asian tiger mosquito in and on your property all season long. Our safe and effective barrier treatment will kill what mosquitoes (and ticks) are present and prevent resurgence for 21 days. Getting started is easy and worry free. Our rotation program ensures mosquito control all summer long.