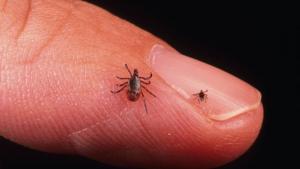 Like many other serious diseases, Lyme disease is no respecter of persons. It strikes the young, old, male, female, overlooked, and famous. This past week, 80’s pop star Debbie Gibson revealed on her blog that she has been battling Lyme Disease. She details her struggles in this announcement, and she is not alone. Other celebrities to have been diagnosed include Jamie Lyn Sigler, star of The Sopranos TV series; Former President George W. Bush; and actor Alec Baldwin. While these cases have received notoriety because of the persons diagnosed are famous, many people contract the illness. According to the CDC, nearly 30,000 cases are reported each year, and many more cases are suspected.

The effects of Lyme Disease on the body are serious. The symptoms mimic flu symptoms in many respects (fever, chills, fatigue, muscle and joint aches, and swollen lymph nodes) but also include neurological problems. If left untreated, it can cause permanent nerve damage and arthritis. For these people, Lyme Disease truly changes their lives. Early detection and treatment can prevent many of the more severe complications. However, as with most diseases, the very best treatment is prevention. Since the illness can have such a profound impact, it is important to be educated about it and use that information. 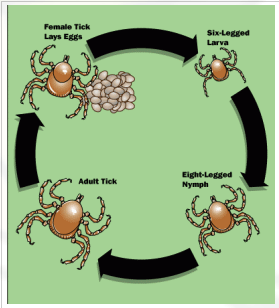 Lyme Disease is a vector borne illness. It is carried by the black-legged tick, commonly known as the “deer tick”. While cold weather simply causes these ticks to hibernate, they proliferate during the summer months, especially in wooded or grassy areas. You are much more likely to contract Lyme during the summer months. People who contract the illness are often bitten by a tick in the nymph stage of development. This is not because more ticks in this stage carry the disease but rather because these ticks are less likely to be detected. The longer an infected tick is attached, the more likely it is to transmit Lyme to its host. Black-legged ticks in the nymph stage are only the size of a comma in newsprint, so often they remain attached until they let go.

The best way to prevent being bitten is to prevent exposure to ticks. This is where Mosquito Squad of Southern New Hampshire can help. Our tick treatments are high effective at eliminating ticks on your property and keeping the population under control all season. Help protect your family, guests, and pets from Lyme Disease this season by contacting us today. (Yes, our furry friends can get it too.) Lyme disease can strike anyone, so don’t allow you or those you love to be a statistic.