Living in New Hampshire, you have probably heard about the declining moose population in our state. Moose are important to our culture but their numbers are rapidly decreasing in New Hampshire with estimates ranging from 7,500 five years ago to about 4,500 today. One of the main reasons for this decline is

due to the small ticks so prevalent in our area and the diseases they transmit. According to the Center for Disease Control, New Hampshire had the highest number of recorded cases of tick-borne Lyme Disease in 2012. Sources say that actual cases are ten times higher than those that are actually reported. That’s why Mosquito Squad of Southern New Hampshire wants to help protect you and your family from ticks and the diseases they carry.

Ticks not only have a detrimental affect moose but humans and other animals as well. But recent findings indicate that small mice, the favored host for the ticks that transmit Lyme Disease, are not affected in the least bit. The study lead by Sarah Lawrence University found that mice with hundreds of ticks survived without contracted Lyme Disease as easily as mice with only a few ticks. With the increased urban renewal in New Hampshire, these mice, and the ticks that hitch a ride with them, are coming closer and closer to our yards and homes.

That’s why now it is more important than ever to control ticks in your yard. Mosquito Squad of Southern New Hampshire can help you control the tick population with our two-step approach. Step one includes tick traps strategically placed in your yard, optimally in the early spring, and again in late 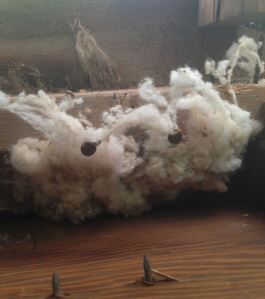 summer. The traps contain treated cotton that is found by mice and taken back to their dens to be used as nesting material. The cotton eliminates ticks residing on the mice and dwelling in their dens but does not harm the mice or other animals. Step two is followed with our highly effective barrier treatment that is applied every 21-days, knocking out the ticks in your yard and on your foliage. Effectively eliminating ticks in the yard and within the rodent’s nests effectively stops future generations from forming as well.

With 300,000 reported diagnoses of Lyme Disease every year and New Hampshire having the highest number of cases, protecting your family is the utmost importance this tick season. Contact Mosquito Squad of Southern New Hampshire today to sign up for our season long intensive tick control and prevention program that effectively eliminates up to 90% of ticks on your treated property. We are ready to wage the war on ticks and answer any questions you may have.