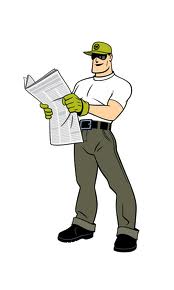 This season will undoubtedly go down in Southern New Hampshire history as the most unusual in comparison to previous years when it comes to mosquito and tick-borne illness. A prime example of the unusual incidence of vector-borne illness reported in our region is making headlines where a NH man has been reported to have tested positive for two insect-borne illnesses at the same time. The man has tested positive for both The Jamestown Canyon virus, which is transmitted by infected mosquitoes, and the Powassan virus, which is carried by ticks. Both illnesses have never been reported in New Hampshire. Not only is the discovery of these illnesses a first for our area, one is a tick-borne illness and one is a mosquito-borne illness. The presence of two insect-borne illnesses is what is referred to as a “comorbid” illness. Though reports of comorbid insect-borne illness is more likely to occur when a  patient is diagnosed with a tick-borne comorbid illness such as Lyme Disease and Babesiosis since both of these illnesses are carried by the same vector, being the deer tick. It is very unusual to be diagnosed with both a mosquito-borne illness and a tick-borne illness at the same time, as is the case with this man in Hillsborough County, NH. The discovery is causing concern among New Hampshire residents and proves that mosquito and tick related illness is evolving in our region and it is important to take measures to keep yourself protected to reduce your risk of infection from these tiny terrors. 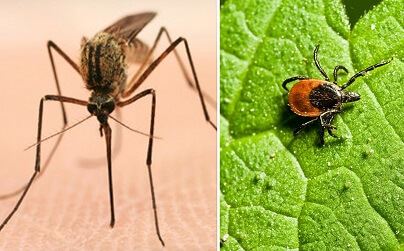 This report comes at a time when mosquito and tick-borne illness activity is already gaining media attention all across the country.  Just this summer,  two newly discovered tick-borne illnesses have risen to the surface, Heartland Virus and a new illness not yet named attributed to the bacteria Borrelia miyamotoi which are making the rounds in the Northeastern U.S. These two tick-borne illnesses come in addition to a season where we are seeing positive test results earlier than usual in vector-borne illnesses we are already familiar with. Last week, the first reported case of Eastern Equine Encephalitis was confirmed in Belchertown, MA when a horse tested positive for the mosquito-borne disease and elevated the threat level for the disease to critical level in Belchertown.

We are beginning to hear and read stories of these type of occurrences all over the country but none have been quite as unique in nature as the report of the man with a double insect-borne illness right here in New Hampshire. According toWMUR 9 News of New Hampshire, the Jamestown Canyon virus have been around the United States for a while, and the Powassan virus has been found in Maine and Vermont, so the New Hampshire case is not a surprise. The Granite State resident most likely contracted Powassan Virus from the bite of an infected deer tick. Powassan Virus is rare with fewer than 60 reported cases within North America since the late 1950’s.  In regards to the presence of the Jamestown Canyon Virus, or JCV, this virus normally maintains a relationship between mosquitoes and deer, but somehow this Hillsborough County man contracted the virus. The symptoms that led to the discovery of this rare combination of comorbid vector-borne illnesses closely resemble those that are reported in patients with West Nile Virus, which can closely mimic those of the flu. Symptoms readily seen is West Nile are fever headache, body aches and fatigue.

What is Powassan Virus and Jamestown Canyon Virus?

Powassan virus, (POWV) is a rare tick-borne virus in North America. POWV infects the central nervous system and can cause encephalitis and meningitis. Historically, confirmed cases occurred mainly in the northeastern United States. Since 2008, confirmed cases in Minnesota and Wisconsin have increased. The CDC has also reported a fatal case of POWV encephalitis in Minnesota. POWV infection is caused by an arbovirus (similar to the mosquito-borne West Nile virus) but it is transmitted to humans by the bite of an infected tick instead of a mosquito bite. The virus is named for Powassan, Ontario where it was first discovered.

Jamestown Canyon Virus is a mosquito-borne pathogen that circulates widely in North America, primarily between deer and mosquitoes, according to Public health director for theNew Hampshire Department of Health and Human Services, Dr. Jose Montero, most reported human illnesses, while rare, have been mild, but “moderate-to-severe central nervous system involvement has been reported.” Symptoms of Jamestown Canyon Virus also closely mimic the flu-like symptoms associated with WNV too.

Fortunately, the Hillsborough County man who was diagnosed with this unusual cocktail of mosquito and tick borne illness is expected to make a full recovery. Though this story ends on a good note, Mosquito Squad of Southern New Hampshire urges residents to take heed to the warning this story sends in regards to the risks associated with the presence of mosquitoes and ticks in your backyard. Now is the time to reduce your exposure to mosquitoes and ticks in order to reduce the risk of infection. Mosquito and tick illness is becoming more and more prevalent all over the country. If residents do not exercise safe mosquito and tick practices when venturing outdoors, including your own backyard, it becomes a question of when you or a member of your family will become infected with a vector-borne illness rather than if.

Contact Mosquito Squad of Southern New Hampshire to learn more about our highly effective mosquito and tick control and prevention programs that will keep you and your family protected from the risk of mosquito and tick-borne illness on the home front, and allow you the freedom to not live the rest of your summer in fear of what is lurking in your own backyard!  Live mosquito free or die. Call us today for a free quote at (603) 538-3125 and start living the mosquito free life.