Every mosquito season in Plymouth County and Bristol County is different. That is not unique to Southeastern Massachusetts. Why? Weather. The weather really is the key indicator of each mosquito season's timing, volume, and severity.

A late spring, a dry winter, a cool summer can all change the anticipated mosquito season.

That being said, one thing that does not change is that the latter portion of the season is the mosquito-disease season. Whether the mosquitoes are worse or better than average, those that are out are more likely to carry and transmit diseases, such as EEE and West Nile, starting in mid-July until the weather gets cold.

When there are hundreds of mosquitoes flying around, you may go indoors. You may grab your mosquito repellent. You may DIY some temporary treatment to stop the annoyance. You hopefully will call Mosquito Squad of Southeastern Massachusetts to reduce mosquitoes by 85-90% for up to three weeks. However, if there are fewer mosquitoes due to the weather, you may decide "just to live with them."

The challenge with that is it only takes one bite from an infected mosquito. Just one!

Suppose mosquito season gets a late start or is just not all that bad, and you decide NOT to deploy professional mosquito control in March, April, May, or June. In that case, we urge you to go ahead and deploy it in July. July and August's mosquitoes have the potential to be more dangerous. And if mosquitoes were not plentiful earlier in the season, they can suddenly worsen with July heat. The population can explode without notice. If mosquitoes start swarming during mosquito disease season, the risk can increase quickly.

Don't be misled into thinking it is too late to reduce mosquitoes on your property this year. Call our team today.

Unless you've been under a rock, you know we have seen an increase in EEE cases in Southeastern Massachusetts over the last two years. The final numbers from the CDC indicate Massachusetts was at the top of the list of states for human cases of EEE in 2019, with 22. Followed by Michigan with 17. 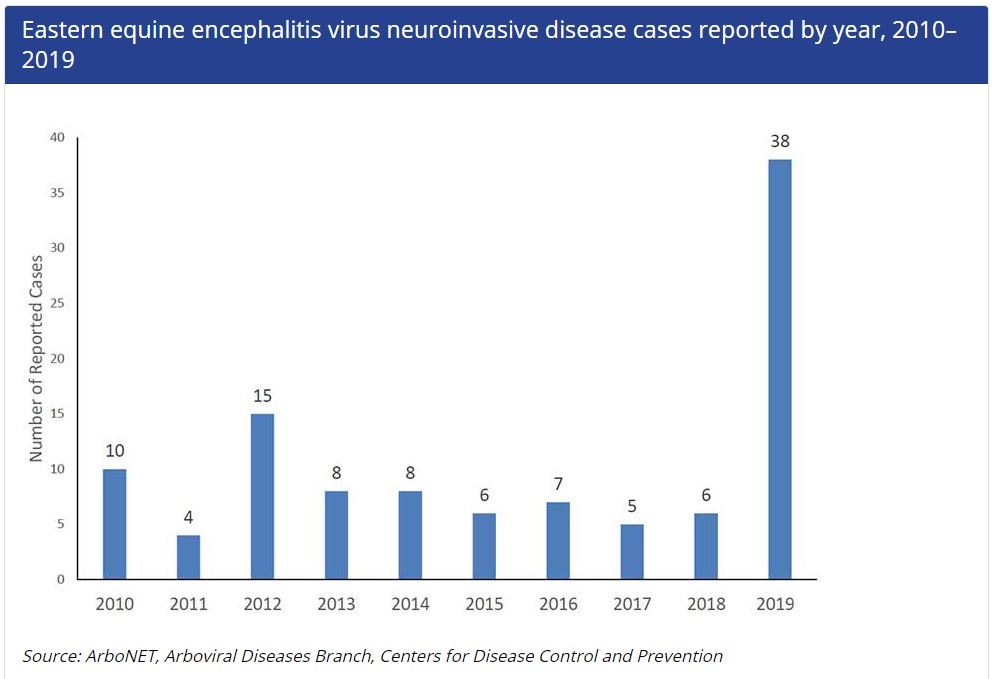 While we don't know what 2021 will bring for the mosquito-borne disease season, we lean towards preparing for the worst while hoping for the best. Keep up-to-date on the current risk for EEE by checking Mass.gov's mosquito testing results map.