It seems that we talk about disease too often in society lately. Covid-19 has scientists world wide busy studying everything from vaccinations, to antibodies, to symptom treatment. But Covid-19 isn’t the only disease that still requires attention, and thankfully there are enough working minds to go around! Just like the great scientific minds at North Carolina State University that have found a new possible mosquito control product for the mosquitoes that carry Malaria.

The Challenge of Mitigating Malaria

Malaria, transmitted to humans by infected mosquitoes, kills approximately 400,000 people every year. There are treatment and control measures in place, including insecticide-treated bed nets and indoor residual sprays. While these have been effective methods for controlling the mosquito population in Africa, mosquitoes are becoming resistant to the commonly used pyrethroids. New methods are desperately needed. 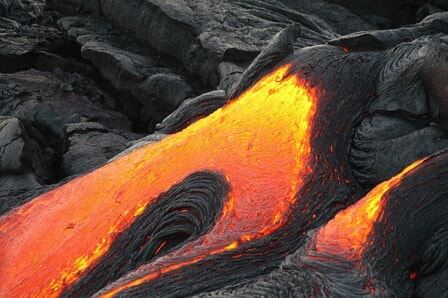 Science and the Solutions

Volcanic glass could carry a key to such new methods. Known as perlite, this volcanic material is already used in building materials and as a soil additive. Now perlite has been used to create an insecticide called Imergard WP. Entomologists from North Carolina State University have teamed up with the Innovative Vector Control Consortium (IVCC) based at the Liverpool School of Tropical Medicine and Imerys Filtration Minerals Inc. to conduct studies in Africa on the primary species of mosquito that carries Malaria and wild mosquitoes as well.

In both groups using Imergard WP containing the volcanic glass product, the mortality rate of the mosquitoes was greater than 80% for up to five months and only dropped to 78% at six months. The group misted with pyrethroid alone only had a mosquito mortality rate of 45%, dropping to 25% in the same calculated time frame. Researchers don’t claim this to be a fix for the Malaria problem in Africa, but more a tool to add to the existing arsenal. With numbers that strong, it sounds like a useful one.

Thank goodness Malaria isn’t something that we have to worry about much in the United States, however that doesn’t mean mosquitoes are less of an annoyance. AND they do carry disease threat here at home too, namely West Nile virus and EEE. The best news here is that we don’t have to wait for research as to how to control them, because what we need already exists.

Mosquito Squad’s barrier treatment will eliminate up to 90% of mosquitoes in your yard, and all that is required is a phone call from you. Plenty is going on for you to have to worry about, let us handle the mosquitoes. We look forward to serving you.