Amid a pandemic, news of other sickness spreading is not what anyone is hoping to hear, and yet it happens all the same. Severe Fever with Thrombocytopenia Syndrome (SFTS), a tick-borne disease, is one such sickness. Since early 2020, 60 cases of SFTS have been reported in China, along with seven deaths. So far, the disease has been concentrated in the Eastern China provinces of Jiangsu and Anhui. However, there is a concern in its ability to travel. Let us look deeper into this disease. 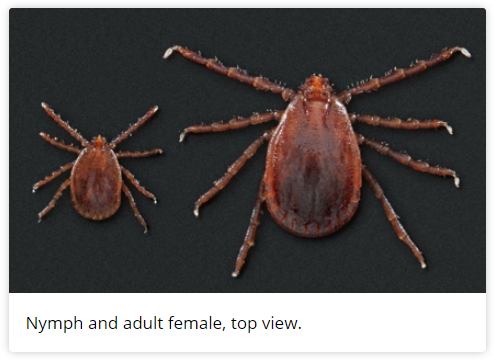 The History of SFTS

SFTS, belonging to the Bunyavirus family, is transmitted through the bite of the Asian tick known as Haemaphysalis longicornis or “Asian Longhorned.” (Currently, the Haemaphysalis longicornis has been found in several states. The harm it has caused has been mainly to livestock. Only a few humans in the U.S. have reported bites from this tick.) The disease first appeared in the rural areas of Hubei and Henan, China in 2009. In 2013, the virus migrated to South Korea, and the cases grew over seven times in four years. After making its way into Japan, infections increased by 50% between 2016 and 2017. Cases in China went from 71 in 2010 to 2,600 in 2016. It was when the cases in Asia began to soar that public health officials began to educate locals about the dangers of tick bites and how to avoid them. This helped the infection rate to drop, but it has not disappeared.

One of the most frightening things about Severe Fever with Thrombocytopenia Syndrome is the approximate death rate. In 2009, at least 30 percent of those infected did not survive. In the current Chinese outbreak, the fatality rate falls somewhere between 16 and 30 percent. Another major concern about the disease comes with the transmission. While absolutely transferred to humans through tick bites, virologists have been unable to rule out human-to-human transmission, which changes the dangers of the disease entirely. It remains important to watch vector-borne diseases, as the information about them tends to evolve slowly.

As it seems with most vector-borne illness, the range of symptoms can be erratic and vary greatly. SFTS is no different as the symptoms are not limited to, but can include: fever, fatigue, chills, headache, lymphadenopathy, anorexia, nausea, myalgia diarrhea, vomiting, abdominal pain, gingival hemorrhage, conjunctival congestion, thrombocytopenia, low platelet count, low white blood cell count, organ failure, and affects to the central nervous system.

At the onset of symptoms, the incubation period of the disease can vary from 7 to 13 days. There is no vaccine for SFTS, but there is a drug that has been effective in treatment, the antiviral drug Ribavirin. With a treatment drug in place, it is important always to remember your past surroundings when you fall ill. The ability to help your diagnosis can often be the key to being treated correctly, and that most definitely includes telling a health care provider if you’ve spent time in areas where ticks could be present.

The Chinese Center for Disease Control and Prevention is urging the public to avoid being bitten by ticks by properly dressing when out in areas that ticks thrive. In the United States, we have been urging the same. The Haemaphysalis longicornis tick is still rare in the U.S. and there have not been any cases of Severe Fever with Thrombocytopenia reported here. However, the Heartland virus, spread by ticks and found in the U.S., is a similar illness, and history tells us that we never know when new diseases might find their way to the U.S.

Even without this specific bug, we already have plenty of our own disease-carrying ticks to protect ourselves from. Proper dress and repellent are essential when out in the woods and on the trails, but there are better options when you are all home, and that is professional tick control treatment. The Mosquito Squad barrier treatment combined with tick tubes keeps your own home spaces 90% free from ticks that can carry disease. Let us tell you more about our services with a simple phone call. Call today.