We have read many stories about people sick with Lyme disease being misdiagnosed for years before they are appropriately treated. Often Lyme can look like so many other ailments, and it isn't always a doctor's go-to when trying to diagnose. However, here is a new twist. Recently a story in New York Times Magazine told us of a patient that had all the symptoms of Lyme, a doctor that knew to look for Lyme but did not have Lyme disease.

In the late spring of 2019, a doctor, age of 50, decided to travel a bit. First, with family in the Hamptons, then with friends to Tanzania and Uganda. After her return, she again went to the beach. However, the second trip was less than enjoyable. She was sick the entire time. She had a fever that reached 102, chills that changed to terrible sweats, and on and off cases of diarrhea. That was the beginning of her constant illness.

She was always tired. Her joints ached. The fever and diarrhea came and went. Her doctor tested her for Lyme, other common tick-borne illnesses, and malaria. All tests were negative.

She contacted one of her teachers from medical school who suggested other tests. Again, negative. By September, there were no more fevers, but still the joint pain, fatigue, and diarrhea. She went to a gastroenterologist. He found no problem but prescribed an antibiotic. The diarrhea disappeared, but only the diarrhea.

At this point, with no answers in sight, it was suggested that she go to a doctor that specializes in tick-borne illnesses. Her symptoms did look like Lyme, but not entirely, and there are so many tick-borne illnesses with similar symptoms. He tested her for all of them. He also tested her for Rheumatoid arthritis and Celiac disease. He checked her thyroid function, her red blood cell count, and her calcium level. Nothing was coming up, though she was obviously ailing from something.

After many tests, only one came back positive, the test for a bacterium called Borrelia miyamotoi. Miyamotoi is actually a distant cousin of the bacterium that causes Lyme disease and is carried by the same black-legged tick (deer tick). As far as diseases go, this one is relatively new to the U.S. 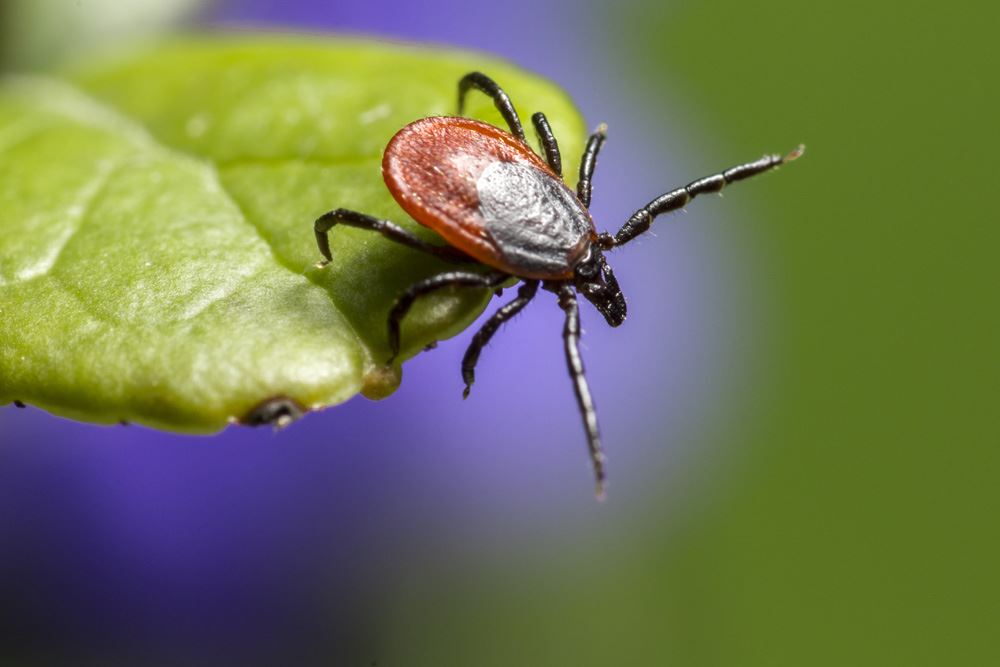 The first cases were reported in 2013. Dr. Brian Fallon, director of the Lyme and Tick-Borne Diseases Research Center and the specialist that the doctor in the NYT article was sent to, had only seen a handful of cases of Miyamotoi. He had noticed people testing positive for antibodies, though, which leads him to believe that people may have been treated for Lyme when it was this newer and less known illness causing their issues.

The treatment of a two-week cycle of doxycycline would have been the same for both. Treatment may be the same, but there are a couple of major differences between Lyme and Miyamotoi worth noting.

The Difference Between Miyamotoi and Lyme Disease

Miyamotoi lives in a tick's mouth and not its gut as Lyme does. Therefore, it can transfer to a human much more quickly. Lyme can take up to three days, Miyamotoi can be practically instantaneous. That leaves no time for tick checks at the end of a day of play.

Also, Miyamotoi has a creative way of staying with us when it goes untreated. It can change its outer layer and evade our immune system as if hiding behind a new layer of clothes over and over. Therefore, our subject became sick over and over again. The bacterium hid from her immune system, she became well, and then it resurfaced.

Our subject was happy to be rid of what seemed to be the sickness that would never end. She didn't even mind skipping the family trip to the Hamptons due to Covid-19, since that is likely where she was bitten by the tick that made her ill. Nevertheless, her tale is definitely a cautionary one for all of us. The bite of a tick can make any one of us very sick, and diagnosis is complicated. Tick safety is incredibly important. And while checking for ticks is vital, avoiding tick bites in the first place is even better. Look to us, Mosquito Squad of Southeastern Massachusetts, for answers and tick control solutions. Call today.