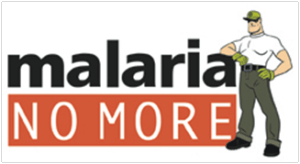 MOUNT LAUREL, NJ (April 20, 2012) –Mosquito Squad of Mount Laurel is joining forces with Malaria No More, (http://www.malarianomore.org/) to raise awareness of malaria as a disease that is treatable and preventable through the recognition of World Malaria Day on April 25, 2012.

In fact, Mosquito Squad, North America’s largest and most trusted mosquito elimination and tick control company, recently committed more than $50,000 to the help Malaria No More achieve its goal of ending malaria deaths in Africa, and local franchisees are supporting the effort through a variety of grassroots activities.

“This day of awareness is a perfect rallying point to educate people about malaria and give them a focused way to make a difference,” said George Softly of Mosquito Squad of Mount Laurel.

While Malaria was eradicated in the U.S. more than 50 years ago, it continues to take the life of a child every minute. In fact, more than 650,000 people die every year from Malaria, with 86 percent of those deaths occurring in children. The good news is that Malaria is preventable and treatable – and with a simple tool like a $10 mosquito net, up to two children can be protected from the deadly disease. If interested, a donation can be made towards the mosquito net effort via http://www.mosquitosquad.com/malaria-no-more.html.

To eliminate mosquitoes in yards and outdoors spaces in the local area, George Softly recommends the following tips:

1. Tip. Reduce standing water to eliminate mosquito threats, including those underneath and around downspouts, in plant saucers and dog bowls.

5. Treat. Utilize a mosquito elimination barrier treatment around the home and yard. Using a barrier treatment at home reduces the need for using DEET-containing bug treatment. Mosquito Squad’s eliminates up to 90% of the mosquitoes and ticks on a property.

About Malaria No More

Malaria No More is determined to help the world reach the global goal of near zero malaria deaths by 2015. Malaria No More leverages high-impact communications to engage the world, global advocacy to rally leadership and strategic investments to accelerate progress. Visit http://www.MalariaNoMore.org/.