The New Tick in Town. Could Louisville be an Ideal Home for the Asian Longhorned Tick?

The Asian longhorned tick was first discovered in the United States, from its origination in Eastern Asia, in 2017. In just two short years it has been found across 11 states stretching from New Jersey to Arkansas, including Louisville!

What you need to know about the Asian longhorned tick 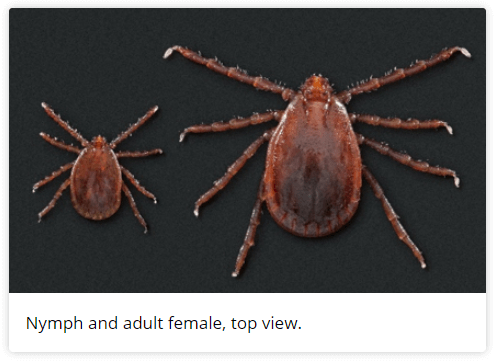 A tick that can kill a cow?

While not a current threat to people, the longhorned tick is a huge threat to livestock. They reproduce so fast and without a mate, that they can infest a herd and kill them! A cow was recently killed by a thousand or more ticks feeding on it at once, essentially draining it of all of its blood! That one farmer in North Carolina has lost five cows to the Asian longhorned tick in just a year.

The Asian longhorned tick in Louisville

Kentucky researchers have found two of the ticks in the state, both in Martin county. One of which was found on an Elk, which is their preferred host. Sometimes thousands of these ticks can be found clustered in a single small area.

It turns out that our rolling hills, farms, pastures, and forests are a similar environment to the Asian longhorned ticks’ native home in Asia. It is expected that they will not only survive but will thrive in our area.

Ilia Rochlin, a researcher for Rutgers Center for Vector Biology, reminds us that the tick could easily become a new vector for other tick diseases and that the situation “should be closely monitored.” With the ability to reproduce quickly and without a mate, a disease spread by the Asian longhorned could go far and fast.

While the CDC and researchers continue to invest time and money researching the new to us Asian longhorned ticks, we know one thing for sure. With our tick control services, there is not a tick out there that stands a chance. Call us today for a free tick control quote.