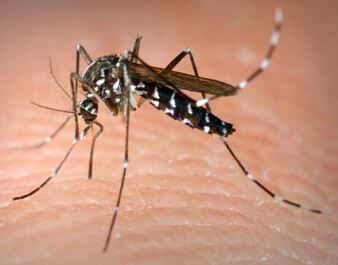 As part of National Invasive Species Awareness Week, the Asian Tiger Mosquito (Aedes albopictus) can be counted among the top invasive species to enter the US. The week-long awareness effort was observed February 22-28. And according to experts with the Weed Science Society of America (WSSA), it’s a topic that deserves our attention. Non-native plants, animals and pathogens can harm humans and the environment and impact our nation’s economy.

If you live in the Montgomery or Howard County areas of Maryland, you have most likely met the Asian Tiger mosquito personally. This species of mosquito has become invasive in over 25+ states in the US and is prevalent in our region and continues to be a menace to Marylanders. The Asian Tiger is much different from the Culex species of mosquitoes in its appearance and behavior. In addition, this mosquito is capable of transmitting a wider range of vector-borne illness and disease, including West Nile Virus, Eastern Equine Encephalitis, Lacrosse Encephalitis and Canine heartworms making it a serious source of concern for our health and welfare. 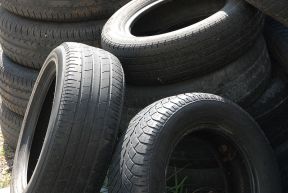 The arrival of the Asian Tiger mosquito, began in 1985 when it hitched a ride from Southeast Asia to the US in a shipment of used tires heading for Houston, TX. This mosquito is native to the tropical and subtropical regions of Southeast Asia. Originally the Asian Tiger originated as a forest species ( hence the mosquito is also referred to as the forest day mosquito) that deposited its eggs in tree holes and water that collected in the leaf of plants. Over time, the mosquito formed an association with mankind and now depends almost entirely on water holding containers that are supplied by humans. 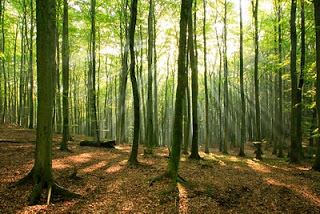 On a local level the Asian Tiger was first discovered in Baltimore, MD in 1987 at a used tire processing plant. From there, it spread to nearby communities as buckets, cans, flower vases and many other artificial water holding containers have proved as suitable as tire casings for breeding sites. Many communities in Maryland which experienced little mosquito annoyance in the past are now becoming overrun by these mosquitoes during the warmer months. The tiger mosquito prefers residential areas where shade and water-holding containers are common. This pest is found in all neighborhoods, from the poorest to the most affluent. Residential areas that offer a great deal of shade are preferred sites. Areas near commercial establishments which store a large number of tire casings outside are often infested with the greatest number of Asian Tiger mosquitoes.

The Asian Tiger mosquito is black and white, mimicking the markings and coloring of its namesake, the tiger. In addition, this mosquito exhibits much of the same aggression as a tiger.  It will return again and again, even as it’s pushed or swatted away, to gain a blood meal.  It has even been reported to have swarmed homeowners in their backyard, being mistaken for bees.

In Maryland, Asian Tiger mosquito eggs are present year round. Larvae is present from April through October. Adult tiger mosquitoes are found May through October. The period of peak population is June through September. With this in mind, the key to controlling the Asian Tiger begins at home with safe mosquito practices such as keeping your property free of debris and potential mosquito breeding areas and having your property treated professionally. This will keep the mosquitoes away from your home and yard.

Mosquito Squad of Montgomery County and Howard County provides protection against all species of mosquitoes, including the Asian tiger. Our safe and effective barrier spray program is designed to keep you mosquito free the entire season! Take the tiger by the tail this season and contact us today for a free estimate! Call us at (301) 888-5713