What has long been thought to be the best repellent for mosquitoes, has now lost its effectiveness; research shows that mosquitoes are growing immune to DEET.

Scientists from the London School of Hygiene and Tropical Medicine published the results in the medical journal Plos One, showing that mosquitoes are ignoring DEET after first exposure. The study of the Aedes aegypti mosquito species, known for carrying Dengue and Yellow Fever, documented that although the tested mosquitoes were at first deterred by DEET, they later ignored it. 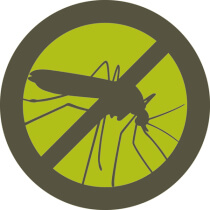 N,N-Diethyl-meta-toluamide, abbreviated DEET, is the most common active ingredient in insect repellents today. It is a slightly yellow oil that is intended for skin or clothing application, to protect against mosquitoes and many insects that can transmit disease. DEET was first developed by the US army following jungle warfare during WWII. Originally tested as a pesticide on farm fields, DEET was introduced for military use in 1946 and later introduced for civilian use in 1957. For many years, scientists were not exactly sure how the chemical worked in repelling mosquitoes, but recent research indicates the insects dislike the odor.

In this BBC Science article describing the new study, Dr. James Logan explains “There is something about being exposed to the chemical that first time that changes their olfactory system – changes their sense of smell – and their ability to smell Deet, which makes it less effective.”

It has been estimated by the EPA that in the US alone, about 30% of the population applies DEET repellents each year. With new research showing that DEET is losing its effectiveness, we will likely see an increase in search for alternative repellents and for professional mosquito control services as people try to evade menacing mosquitoes.

If you’re finding your bug repellent is not that effective in keeping the mosquitoes out of your yard this spring & summer, be sure to call Mosquito Squad! We want to help you enjoy the outdoors without annoying mosquito bites! Our company, Mosquito Squad of Howard & Montgomery Maryland, offers mosquito, tick & stink bug control services for both residential and commercial clients in Howard County and portions of Montgomery County, MD.  To find out more information about our barrier spray services and how you can “fight the bite” in your own backyard, please visit our website.