Get A Free Quote
Malaria No More 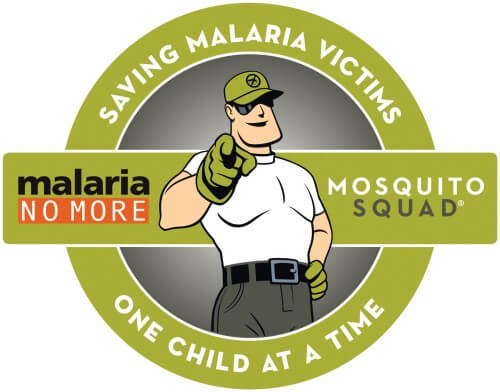 At Mosquito Squad Houston, we know that mosquitoes are not only an annoyance but are also carriers of many potentially deadly diseases. The most prevalent of those diseases being malaria, despite having being mostly eradicated in the United States more than 50 years ago. Now, over 250 million citizens of African nations contract malaria every year, and more than 2,000 children die every day as a result.

A few years ago, Mosquito Squad began a partnership with Malaria No More, a nonprofit organization with the admirable goal of putting an end to malaria deaths in Africa. We fight the bite for our clients here in the United States based primarily on mosquitoes being a nuisance rather than a life-threatening danger, though that danger certainly still exists.

A single dollar can save a life – that’s why we donate $1 to Malaria No More for every treatment that we perform.

Over the last three years, Mosquito Squad’s efforts have saved nearly 100,000 lives. In January 2014, Mosquito Squad launched what we like to call "Dread’s Challenge", a three-year initiative to save an additional 250,000 lives.

Please help contribute to this great cause by donating at SwatMalaria.net. Remember, every $1 contribution funds the delivery and administration of a malaria test, as well as the ACT treatment necessary to successfully treating malaria and ultimately saving a life.