Here in the South we love mild winters. Being able to go out in short sleeves in dead winter, opening your windows to let in fresh air when other parts of the country are under freeze advisories and even the arrival of an Indian summer add to the benefits of living in the Greenville area. I often have homeowner’s ask me if having a mild winter will make the mosquito and tick populations greater. The answer to this question is as complex as it is simple. A mild winter in itself will not impact the insect population, however the mild winter combined with the absence of freezing temperatures for an extended period of time will. Winter temperatures have to be extremely cold for a long time to affect mosquitoes and ticks. So our mild winter does not mean that there will be more of mosquitoes and ticks out there. This only means the early arrival of spring-like temperatures will cause mosquitoes and ticks to become active earlier. 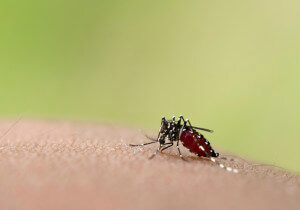 overwinters as an egg.  The eggs lie dormant until the weather warms up enough to cause them to hatch. Much like a chicken egg, but Mother Nature is in charge of keeping the nest warm. A mild winter can cause the Asian’s eggs to hatch sooner than usual.  If the eggs hatch earlier this can perpetuate early breeding and in turn can lead to larger mosquito populations by mid-late summer. 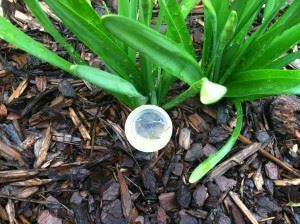 water their lawns and gardens more frequently. This increase in watering on the human end can increase standing water around your home and yard. Mosquitoes will then begin breeding in the bases of your flower pots, birdbaths, and other areas within your landscape where remnants of recent watering remain. It is indeed a vicious cycle; this is why it is important to inspect the area around your home frequently to ensure there are no forgotten areas where water could pool and serve as a mosquito breeding ground. To put this into perspective; the top off of a single 12 ounce soda bottle can serve as a nursery for hundreds of mosquito eggs.

Tick populations are influenced by the availability of a blood host to feed on.  Believe it or not, an abundant acorn population can bump up the tick population. More acorns mean that more rodents will come to feed on the acorns that cover the ground. Ticks will thrive in these conditions because of 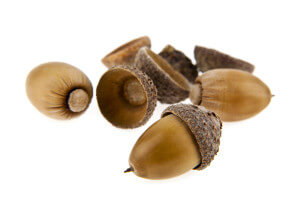 the abundance of mice to feed from. In areas where Lyme disease is common this influx of mice playing host to deer ticks will also increase the risk of coming into contact with a tick carrying the disease.

Mosquito Squad of Greenville makes it easy to control both mosquitoes and ticks. Our safe and effective barrier treatment program kills mosquitoes and adult ticks and prevents against more mosquitoes entering into your treated area. We also offer a tick tube program that will reduce the chance of you coming into contact with a potential disease carrying tick by up to 90%. Call us today for a free quote at (864) 362-2013!