It sounds crazy and frightening when it is thrown at you like that, doesn’t it? Why in the world would anyone create mosquitoes to release anywhere? We have plenty already! That’s just what headlines often do, make you think that something terrible is happening without giving you much of the truth.

It is working in Florida as many local residents and organizations have fought against such an experiment calling it “a Jurassic Park experiment, except without the island.” Why don’t we spend a few minutes and dig into the actual facts of this experiment?

What is Really Going On?

A company called Oxitec that is based in Britain and US-owned has developed these genetically modified mosquitoes called OX5034. The mosquito has been altered so that the female offspring they produce will die in the larval stage, before becoming adult mosquitoes that bite and spread disease. Only female mosquitoes feed on blood. The males need only nectar; therefore, they are not dangerous to humans. The experiment is to test this option as an alternative to misting insecticides to control the Aedes aegypti mosquito that carries Zika, dengue, chikungunya, and yellow fever.

A Plan That Wasn’t Created Overnight 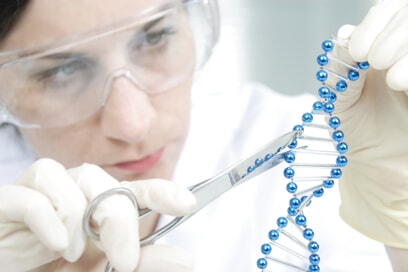 The Environmental Protection Agency just approved in May the plan to release the OX5034 in the Florida Keys, but it has been a project in the works for a decade. In 2009 and 2010, the Florida Keys Mosquito Control District was desperate for ways to control the Aedes aegypti. There had been outbreaks of dengue fever, and even while spending millions, their efforts to control the mosquito were not working.

It was then that the district asked Oxitec for their help. The company had used genetic modification successfully in other countries. The local residents immediately began to fight the idea. Over the years, Oxitec developed what they hoped would be a more acceptable version while the EPA spent a long time investigating the possible impact of the modified mosquito on human health and the environment. The company is finally ready to begin the release in the Florida Keys and Harris County Texas. "This is an exciting development because it represents the ground-breaking work of hundreds of passionate people over more than a decade in multiple countries, all of whom want to protect communities from dengue, Zika, yellow fever, and other vector-borne diseases," says Oxitec CEO Grey Frandsen.

When we see headlines, we are quick to think the worst, so it is important to get the full truth. Understanding the big picture is the only way to create valuable judgments about local decisions. Here in the Upstate, there is no plan for the release of any kinds of mosquitoes...genetically modified or not. However, if there comes a time that this is the best solution for positive mosquito control, it will be important for all of us to be informed with facts.

We all know that around here, there will still be mosquitoes. With these evening pop-up rainstorms, there will be LOTS of mosquitoes, and even though it’s already summer it’s not too late to begin your professional mosquito control. Mosquito Squads barrier treatment eliminates 90% of mosquitoes on contact, so just because they are here doesn’t mean we can’t get rid of them. Our trained technicians know just what to do. They are simply waiting for your call. Get started today.