In 2019, the very rare but very deadly mosquito-borne illness Eastern equine encephalitis (EEE) gave the southeast and the entire country a bit of a scare. According to the CDC, usually, only about seven human cases are reported yearly. Last year there was cause to believe that humans could be more at risk. In Florida, an uprising in positive tests in sentinel chickens put people on alert. Another confirmed case popped up in North Carolina as well. By the end of the season, 11 people died across the country from this disease.

Why is EEE So Scary?

In comparison, these numbers seem low, but for humans (unlike horses), there is no vaccine and no treatment for this disease. Approximately a third of all EEE human cases end in death, and of those that recover, often they are left with permanent physical and mental defects, including paralysis, nerve dysfunction, intellectual impairment, seizures, or personality disorders. In other words, it’s a nasty bug, and you don’t want it. 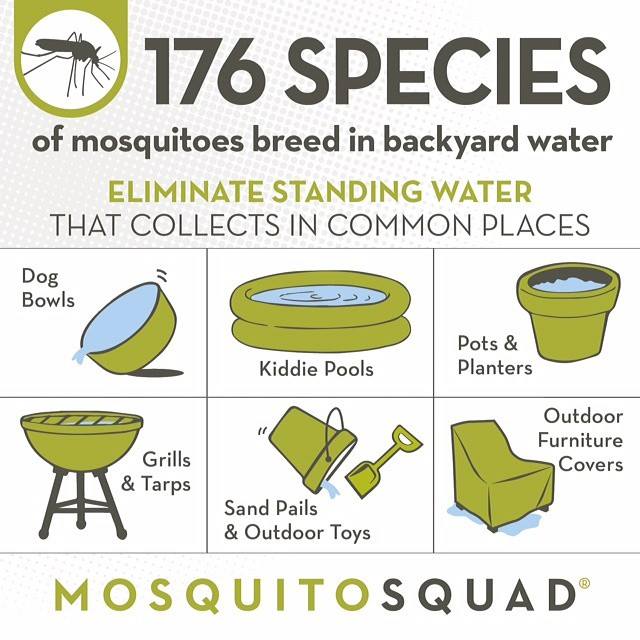 Spring Is in Full Swing

We are barely out of March, and we have already experienced 80 degree days. You can tell by the height of your grass that it’s rained a ton. Basically, it’s the perfect storm for a heavy mosquito population this year. We have been getting breaks in the rain as of late, but when it rains, it tends to come in downpours and standing water “is the name of the game for mosquito eggs to hatch and thrive.”

Yucky illnesses, rising temperatures, wet weather… all these things are out there. That doesn’t mean we have to lie down and let the mosquitoes take us alive. We can take control. Start with the 7Ts of mosquito control for your yard.

By not allowing your yard to become the environment best suited for mosquito eggs to hatch, you are doing your part to keep the population down as a whole. Equally as important… start your professional treatment right away. Mosquito Squad of Greenville’s barrier treatment eliminates up to 90% of existing mosquitoes and continues to work for up to three weeks. By beginning now and scheduling treatment for the entire summer, you won’t just be getting rid of mosquitoes, you’ll be avoiding mosquitoes before they have a chance to take over. Which sounds better to you?

Times are strange. There’s no way to ignore that. However, one of the best quotes I’ve seen is this: “Change the verbage: You are safe at home, not stuck at home.” Considering at home is where we are bound to be for a while, why not make it the best retreat it can be for you and your family. That has to include keeping the mosquitoes out! Don’t wait. Call us today to get a free quote and schedule your first mosquito control treatment.