Since the 2016 Zika Virus outbreak, scientists have been working steadily on innovative ways to combat mosquito-borne disease. Despite the long-time struggle to curb Malaria, the Zika outbreak brought these efforts to new heights. Much exciting new science has come from this surge in research. From a billboard that attracts and traps mosquitoes to increased public awareness of how to eliminate mosquito breeding grounds, the world is together in doing whatever it takes to stop these tiny disease spreading monsters. 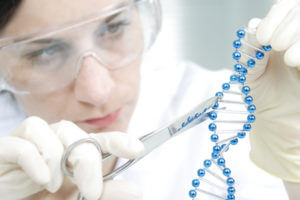 One of the most promising mosquito-control methods that have been made public during this time is the use of genetically modified mosquitoes. Oxitec, a British biotechnology firm has created a male mosquito that when released into the wild causes the next generation of mosquitoes to die off before becoming old enough to bite humans. Because mosquitoes mate for life, this single male mosquito interrupts the growth of the mosquito population by around 1,000 mosquitoes.

Male mosquitoes do not bite humans, so that eliminates one hesitation. But despite this information, the public has remained leery of anything modified. With the Caribbean being a target area for the use of these mosquitoes, some of the first public concerns have given way for an investigation into the potential ramifications. The evaluation was requested by the island of Saba’s Executive Council and was conducted by the Netherland’s National Institute of Public Health and the Environment’s.

Within the resulting report, the conclusion is crystal clear. Releasing genetically modified mosquitoes would not pose any risk to human health and the environment.

This news is fantastic, as it can clear the way for more widespread use of this highly effective mosquito control method. With Oxitec mosquitoes have been released in parts of Grand Cayman, India, Panama, and Brazil. Genetically modified mosquitoes have resulted in up to 90% fewer mosquitoes which could dramatically lower the transmission of deadly mosquito-borne diseases such as West Nile virus, Eastern Equine Encephalitis, Zika Virus, and Malaria.

While some municipalities have voted no on allowing the release of genetically modified mosquitoes, this new report should help clear their concerns so the chances for the more deadly and damaging issue at hand, mosquito-borne diseases, can be decreased.

At Mosquito Squad of Greenville, we are happy to offer our best mosquito control program, mosquito barrier treatment. It eliminates up to 90% of mosquitoes on your property to lower you and your family’s risks for mosquito-borne diseases at home. Call today to schedule your treatment. (864) 362-2013