The Zika Virus is a little known mosquito-borne virus that is extremely dangerous to pregnant women and their babies. It has been in the news recently with a confirmed case of Zika in Texas, a Hawaiian-born baby with Zika related microcephaly and a travel warning issued by the CDC for pregnant women traveling to countries where transmission is ongoing.

What is the Zika Virus?

Zika is pread to people through mosquito bites, specifically the Aedes Aegypti. The same mosquito that spreads the dengue fever and yellow fever. The Zika virus was predominantly found in Africa, Southeast Asia and the Pacific Islands. Recent outbreaks are occurring in the Americas, especially Brazil and Northeast South America, the Caribbean and Mexico. View the CDC’s geo-tracking of Zika for the latest information. United States cases have so far only been confirmed in returning travelers. 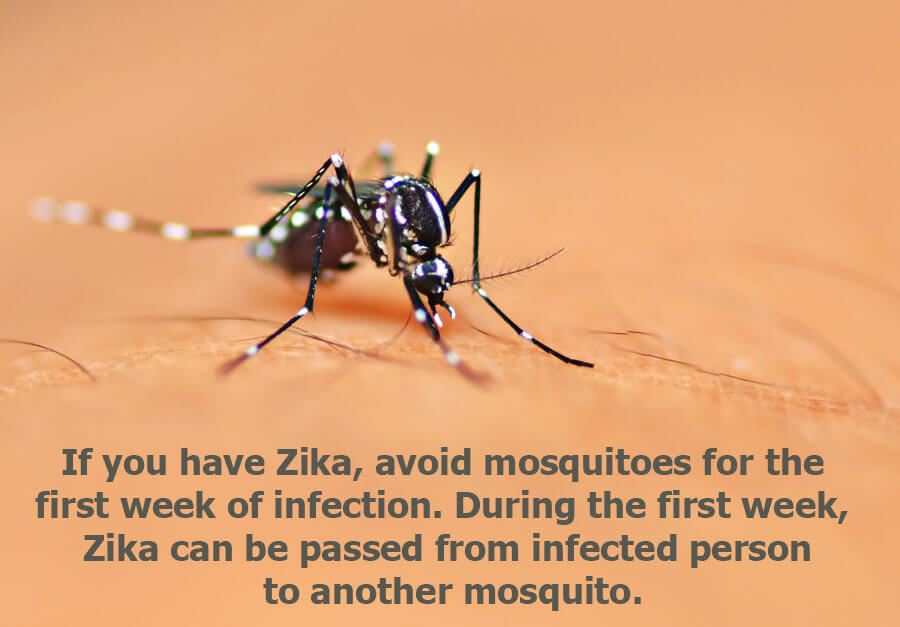 What are the symptoms of Zika virus?

Symptoms of Zika are usually mild, with only 1 in 5 infected becoming ill. According to the CDC, the most commonly experienced symptoms can be fever, joint pain, rash or conjunctivitis. Other symptoms may include a headache and muscle pain. Symptoms can last several days to a week and deaths are rare. If you have recently traveled and experience similar symptoms, see your doctor who may order blood tests to identify the virus. There is no vaccine or specific treatment for Zika. Like many other viruses you can treat the symptoms with plenty of fluids and rest. Avoid NSAIDS like ibuprofen and naproxen until dengue fever is ruled out, as symptoms are similar.

If you have Zika, avoid mosquitoes for the first week of infection. During the first week, Zika can be passed from infected person to another mosquito.

The Dangers of Zika for Pregnant Women

While Zika symptoms are usually mild, if at all, the danger comes in the link to a neurological disorder called microcephaly in newborns whose mother has had the virus. Microcephaly is a birth defect that causes a baby’s head to be smaller than expected relative to babies of the same gender and age. Often babies with microcephaly have smaller brains that may not develop properly. Depending on the severity of the microcephaly, a baby may have a range of other problems from seizures, developmental delays, intellectual disability, feeding problems, hearing or vision problems or problems with movement and balance. These problems can be lifelong and life-threatening.

Brazil is the center of the largest outbreak, with microcephaly cases in infants skyrocketing to 3,500 cases in the last 4 months, whereas there were only 147 cases in 2014 altogether. The link between microcephaly and Zika virus is still being nailed down while more studies are in progress to figure out the relationship. Until then if you are pregnant or trying to get pregnant, you may want to delay any travels to Brazil, Colombia, El Salvador, French Guiana, Guatemala, Haiti, Honduras, Martinique, Mexico, Panama, Paraguay, Suriname, Venezuela, and the Commonwealth of Puerto Rico.

Keep your family safe by avoiding mosquitoes altogether with help from Mosquito Squad of Greenville. Our traditional barrier treatment eliminates 85-90% of mosquitoes in your yard. Visit our website for more information on Greenville mosquito control. Call today to sign up for the season at (864) 362-2013!

Always remember to follow the 5T’s of Mosquito Control for making your yard less favorable to mosquitoes.