The very nature of ticks is enough to make anyone squeamish. The thought of an insect or parasite that feasts on the blood of humans and domesticated animals is proof that real life can be stranger than fiction. Along with making our skin crawl with repulsion at the thought of being the 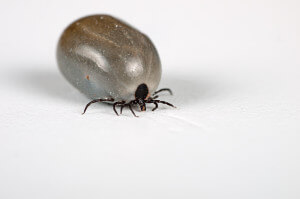 featured item on the tick’s blood buffet these nasty creatures are quite dangerous. Ticks carry a myriad of bacteria and disease which is easily transferred to humans with just one bite. With the warmer season finally upon us ticks will be making their debut all over the Greenville area. Ticks in our neck of the woods are known vectors of several illnesses. Here is a rundown of those transmitted by ticks here in the Carolinas:

Lyme disease presents symptoms that are similar in nature to the flu such as fever, headache and fatigue.  Lyme disease symptoms may also include the well-known bull’s eye rash called erythema migraine which expands in red circles around the site of a bite from a tick infected with the bacteria. It is a 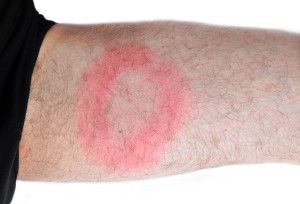 misconception that this rash is the tell-tale sign of Lyme disease in because in some cases the infected show no rash at all. When Lyme disease is diagnosed early it is usually easily treatable with antibiotics. If Lyme is left untreated it too can become severe and can lead to neurological or cardiac disorders and even death. In extreme cases patients can develop what is called Chronic Lyme disease or Post-Treatment Lyme Disease Syndrome even following  prompt treatment. This disorder occurs in approximately 10-20% of Lyme disease patients and can lead to extended discomfort and “flare ups” of symptoms which include fatigue, pain, or joint and muscle aches. The source of Chronic Lyme disease is thought to be caused by residual damage to tissues and the immune system that occurred during the infection. 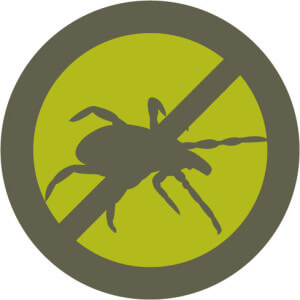 Mosquito Squad of Greenville wants to remind residents that there is no magic pill, specific treatment or immunization available to prevent becoming infected with a tick-borne illness. The best way to protect yourself from coming into contact with a potentially infected tick is through knowledge, tick control and prevention. Our tick intensive treatment is designed to eradicate all life cycles of the tick. We combine tick tubes along with our safe and effective barrier treatment to keep you, your family and pets protected from potentially infected ticks on your treated property.

Our service delivers peace of mind and the power to take control of your backyard and enjoy the warmer seasons ahead with confidence.  Contact Mosquito Squad of Greenville today to learn more. Call us today for a free quote at (864) 362-2013!