First recognized as a disease in the US in 1975, Lyme Disease is now becoming a growing health concern for Americans as the number of annual cases reported in the US continues to rise. According to the American Lyme Disease Foundation, Lyme Disease is “an infection caused by Borrelia burgdorferi, a type of bacterium called a spirochete that is carried by deer ticks. An infected blacklegged tick can transmit the spirochete to the humans and animals it bites. Untreated, the bacterium travels through the bloodstream, establishes itself in various body tissues, and can cause a number of symptoms, some of which are severe. “ Symptoms can range from flu-like symptoms such as fever, chills, fatigue, body ache, and headache to more severe symptoms such as severe joint pain and swelling, neurological problems, and even heart problems. If you think you have Lyme Disease symptoms, you should see a physician immediately as early detection and treatment aides greatly in the success rate of such treatments. 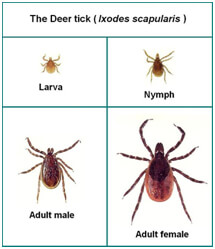 Since 2002, more than 280,000 Americans have been diagnosed with the disease making Lyme Disease the most common arthropod-borne illness in the U.S. However, its diagnosis and treatment can be challenging for medical professionals due to the wide range of ways that Lyme Disease can manifest itself in those infected. In addition, there are also limitations of currently available diagnostic blood tests making it difficult to diagnose the disease.

One of the best ways to protect your family is by taking preventative measures to ensure that you are keeping the tick population in your yard under control. Such measures include utilizing plants and shrubs that don’t attract deer and keeping tall grasses away from the home entrance and edges of the lawn. In addition, homeowners can create a barrier between wooded areas and play areas. Keeping the yard clean and free of debris will also help to reduce tick populations. It is important for homeowners to perform a daily tick check and treat any ticks with barrier sprays and tick tubes. 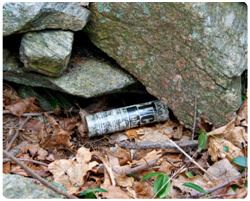 If you would like to learn more about Mosquito Squad’s beneficial mosquito and tick control and prevention programs contact Mosquito Squad of Greenville today. Take the first step to keeping your family happy and healthy this season. Call us today for a free estimate (864) 362-2013