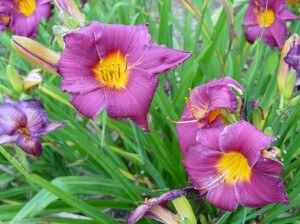 Science magazine reports of a chemist, Agenor Mafra-Neto, of ISCA Technologies, who is working on a way to attract mosquitoes and lure them to their deaths. He planned to use plant nectars to create a pesticide laced concoction, specifically attracting mosquitoes. He used a special technique called “gas chromatography” to separate and identify odor compounds to narrow the target to only mosquitoes and not beneficial insects. Once they were able to perfect this, they added mosquito treatment to eliminate the mosquitoes attracted.

The initial results in a controlled environment resulted in the death of all of the mosquitoes in a two day period. After the success, they took the concoction into a Tanzania village to test it in the natural environment. They used the formula in four villages, misting it under the eaves and in gaps in the mud walls of the homes. In two weeks, the number of mosquitoes in the treated homes were reduced by two-thirds, while the mosquitoes in the untreated control villages spiked due to it being a rainy period. They noticed no effect on bees or other beneficial insects.

There is a great deal of promise in this method because it can be used indoors and out. It also attracts the mosquitoes directly, luring them in, instead of waiting for them to happen upon the mosquito treatment. The team is awaiting approval for their sweet-smelling anti-mosquito formula from the U.S. Environmental Protection Agency (EPA), which could come in as little as a year. In the meantime, they are extending their work to target to ticks, to curb the dangerous diseases they spread.