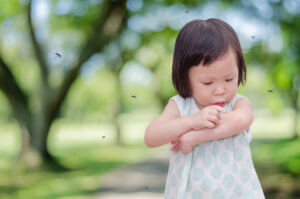 If you grew up in the Upstate, the nuisance of little flying bugs that can begin about mid-April, depending on the temperature and humidity, is something you know well. If you were a child here 20-years ago when there were only three tv channels and definitely no tablets or computers to play on, you most likely spent a large part of the summer outdoors. Are you visualizing these days? Now imagine you and your friends try to go in the house, where your Mama just picked up the living room and vacuumed, and complain about getting bitten by mosquitoes. What would she say? Mine would say “they won’t eat much,” yours might say “one or two mosquito bites won’t kill ya.” Unfortunately, she didn’t really have all the facts.

Every year the world’s top 24 deadliest animals are ranked, and this year is not the first time that mosquitoes have made the very top of the list. It is, however, the first year that the number of mosquito deaths has topped out at 1 million. In late 2016, a graphic on Bill Gate’s blog gatesnotes had the number at 830,000, so obviously, the problem is a growing one. The majority of these deaths from mosquito-borne illness are from Malaria in Africa and 3rd world countries. The Gates Foundation spends millions of dollars each year with the goal of eradicating this disease.

And while Malaria isn’t an issue for us on US soil, West Nile Virus, Eastern Equine Encephalitis, and Chikungunya are dangerous diseases that do affect us here. 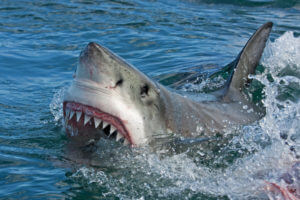 As you are planning your summer vacations, I’m sure you have discussed other animals on this deadliest list. Sharks always come to mind first. WCIV News reported the first shark bite on Folly Beach at the end of April this year. The news stated that “the woman was taken to the local hospital with minimal injuries and minimal blood loss.” The truth is that only five people in the world die each year from shark bites, but it’s all over the news when it happens. How often do you see a story on the news about the mosquito swarm at last night’s BBQ?

Another animal we warn our families about and the dangers they can cause: deer. “Watch out for deer on that curvy country road. It could come straight through your windshield!” And that too is a truth, but the number of deaths due to deer each year is only 130. There is just no way to get past the severity of 1 million deaths due to mosquito bites. It’s unfathomable.

Mosquito Prevention in and Around Greenville

There is much to be done globally about mosquito-borne illness and the suffering it brings around the world, such as our work with Malaria No More. And it is up to us to keep our little piece of the world as mosquito-free as possible as well. Mosquito Squad of Greenville would like to help you with your part of the world, whatever size it may be.

Our barrier treatment can eliminate 85-90% of all mosquitoes on your property whether it’s a small downtown backyard or a large farm in the surrounding areas. Call us today so that we can create the plan that best suits your needs. (864) 362-2013