Throughout human history, mosquitoes have shaped our lives even when we were not aware. From the age of dinosaurs and still today, the tiny, disease-carrying creatures pack a deadly punch.

Author Timothy C. Winegard claims that mosquitoes have killed more humans than anything else in history – estimating that number to be fifty-two billion. A number too big to fathom. A number that is equal to almost “half of all humans who have ever lived.” His book The Mosquito: A Human History of Our Deadliest Predator frames major historical events in the context of the mosquitoes that dramatically affected them.

How Could Mosquitoes Have Killed 52-Billion Humans?

Many events in human history have some reports of mosquitoes or the diseases that came from them. 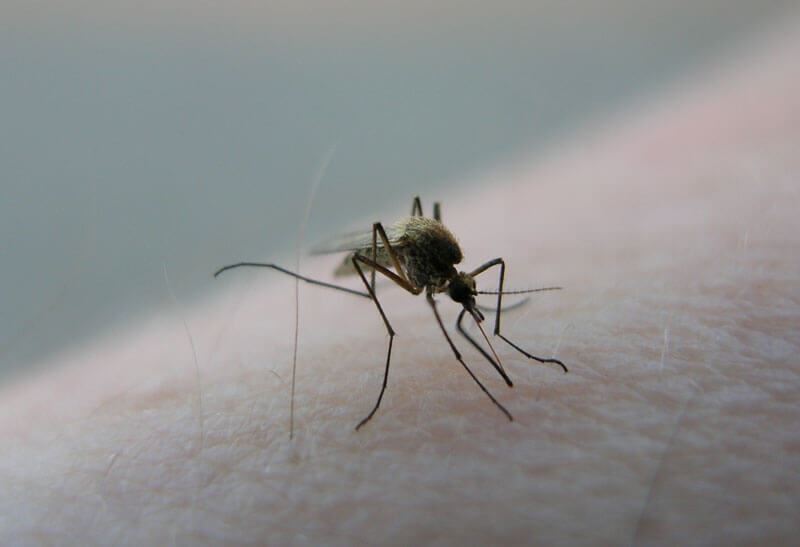 Winegard references the Scottish voyage of five ships in 1698 attempting to establish a trading hub in Panama. The Scottish colonists were sickened by yellow fever and strains of malaria they were not accustomed to. Dozens began to die each day. Diaries and letters of the account list “mosquitoes, fever, ague(malaria), and death.”

After six months about half of the settlers were deceased. The surviving colonists decided to flee, so they boarded their ships and headed north. Unfortunately, they continued to die at a rapid rate. When a relief mission landed in Panama, there was no one left.

Winegard attributes the financial loss from this event with provoking the Scottish to unify with England – resulting in the birth of Great Britain.

In his book, Winegard details many such events of death and despair in areas where mosquitoes were plentiful.

He notes several occasions where invading armies were thwarted by local strains of malaria their immune systems were unable to fight off. So while a town, city, state, or country could be plagued by malaria, that outbreak hurt foreign armies at much greater rates.

Mosquitoes were such a determining factor in military battles that some strategists began to use mosquitoes as a weapon during times of war. For example, he reports that Napoleon broke down dikes to create floods to beef up the mosquito population at Walcheren. The resulting Malaria epidemic killed 4,000 English soldiers.

With an entire book of examples like these, it is hard to see how mosquitoes have NOT affected the course of human history.

And today is no different. While we generally enjoy the suppression of mosquito-borne diseases in the United States, it is only due to a fairly recent effort by the CDC which has almost eradicated Malaria (1951) and yellow fever from our country. Malaria kills hundreds of thousands per year still, mostly in Africa. Other diseases like chikungunya, Zika, and dengue continue to plague the world. With globalization and accessible travel, these diseases travel too. That, along with the warming climate, it is estimated that a billion more people could be exposed to mosquito-borne diseases within the next fifty years.

If you want to lower the chances of mosquitoes impacting your life, eliminate them at home with our help. Call today for a free quote for mosquito barrier treatment on your Greenville property.