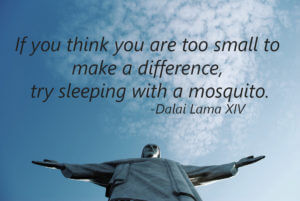 The 2016 Summer Olympic Games begin August 5th and for 17 days we will watch athletes from all over the world become their own hometown heroes. Every TV in every bar and restaurant downtown, from North Main to Falls Park, will be set to watch as one of our very own heroes competes in Brazil. Sandi Morris, a Greenville native, not only qualified for the Olympics on Saturday, July 23rd as a pole vaulter, she also broke an American record. Morris had to work her way back from an injury earlier in the year. However, she is considered to be one of the best pole vaulters in the world.

A Teensy Obstacle in a Life-Long Dream

What might these athletes be thinking about as they prepare for their trip to Brazil? The mental and physical challenges ahead are probably in the forefront of their minds. Unfortunately somewhere in there could be concerns about Zika Virus as well. American cyclist Tejay van Garderen and golf star Jordan Spieth are two of several athletes that have opted out of the Olympics completely due to these concerns, according to CNN. 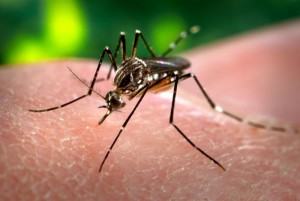 The CDC calls the Zika outbreak in Brazil “dynamic.” They recommend that pregnant women not go to the Olympics at all, due to the severe birth defects that Zika can cause. They also remind travelers that as well as being mosquito-borne, Zika is sexually transmitted so if you contract it in Brazil, you can bring it home to your partner. If you are pregnant or trying to become pregnant, it is important to check and follow the CDC guidelines.

There do seem to be conflicting opinions of how much Zika will affect other travelers to the Olympics and if it really puts the U.S. at risk of an outbreak upon these travelers return. CNBC reports on a study from the Yale School of Public Health that suggests a traveler to the Olympics has a very small chance of contracting the illness and an even lower one of bringing it home. And on the opposing side Arthur Caplan, a bioethicist at New York University, joined 149 other bioethicists, scientists, and doctors in calling for postponing the Olympics or moving them from Brazil due to the outbreak. This group is critical of the Yale report with Caplan saying “it makes the usual conservative assumptions.”

So what does this conflicting Zika information do for us? It reminds us that this is an unpredictable situation, and all decisions are best considered with information and caution. As we at Mosquito Squad of Greenville cheer on the US Olympic teams, including our very own Sandi Morris, we remind all travelers of the risks. Not only is there a risk for pregnant women and the chance of infecting a partner through sexual contact, but the virus can also be transmitted to local mosquitoes if an infected human brings it into the states. It is vital to avoid mosquitoes 7-10 days upon return if you travel to Brazil or any other country with an outbreak.

With Mosquito Squad of Greenville’s time released barrier spray, avoiding mosquitoes at home is made simple. We eliminate 85-90% of mosquitoes in your yard. Call us today at (864) 362-2013 so your travel planning is about fun and adventure, not mosquito concerns when you get home!