There are a lot of old wives’ tales and gimmicks for getting rid of mosquitoes. Many of today’s homeowners rely on mosquito control products and remedies that just aren’t effective at keeping the mosquitoes away or protecting you and your family from the risks associated with mosquito-borne illness. Being in the business of bugs, and a concerned mother of two, I have seen it all! From Tiki-torches filled with oil that promises a mosquito-free environment once you light them (which leads to the risk of fire), to gels, candles, and cartridges filled with minute traces of Citronella which do very little to keep the problem at bay. Also, many of us prefer to not to apply repellants on our bodies, and our children’s, every time we step outdoors.

The Dangers of Mosquitoes

One of the most powerful weapons in preventing mosquitoes and mosquito-borne illness is knowledge. Mosquitoes are one of the oldest species on the face of the earth, dating back more than 170 million years. Mosquitoes are known as the deadliest predators on the planet. Don’t let their small stature or wispy presence fool you: they are known vectors of many devastating diseases. The worst of them being  Malaria, which kills more than 600,000 people every year; another 200 million cases incapacitate people for weeks and even months at a time. It threatens half of the world’s population and causes billions of dollars in lost productivity annually. Other mosquito-borne diseases include West Nile Virus. Dengue fever, Yellow fever, Encephalitis and the recent debut of Chikungunya Disease. However, we still have the upper hand, and if we are diligent as homeowners in taking control of our property, then the incidences of mosquito-borne diseases would diminish, as well as the nuisance of having to deal with mosquitoes. 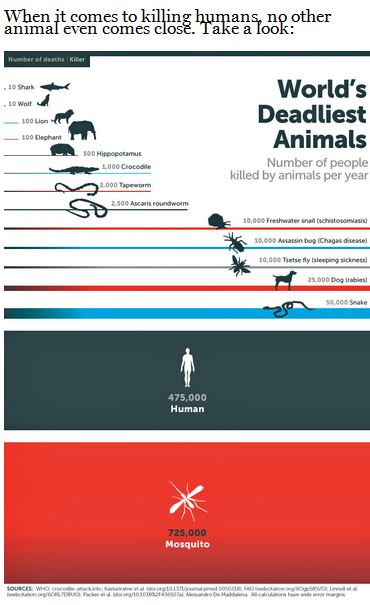 Taking control of your property means inspecting it regularly and especially the following rainfall. It also means being aware of the areas of your property that could serve well for a mosquito to reside or lay eggs. As we move into the warmer season, mosquitoes are gradually gaining momentum in your yard and will soon be out in full force. These mosquitoes will be hungry and in search of a  host to feed on and a good place to lay their eggs.

The Squad calls these the 5T’s of mosquito  prevention:

These 5 easy to remember mosquito prevention practices are vital to keeping you and your family safe from mosquitoes. Other common-sense practices to reduce mosquito populations include keeping your lawn mowed and free of debris, this includes brush piles. Keep your landscape from becoming overgrown. Make sure all screened areas in and around your home are not damaged or torn to reduce the risk of mosquitoes becoming uninvited house guests. Clogged gutters are a refuge for mosquitoes as well as downspouts. Make certain these areas are kept free of debris. Other things to avoid are pooled water in sandboxes, and swing sets or other outdoor kids play structures. Also avoid keeping tires outside, keep old tires tossed out (after all, hitching a ride in a used tire shipment from Asia to Texas  is how the Asian Tiger mosquito made its way into the U.S. back in 1985.)

In addition to removing the potential for mosquitoes to breed, it is also highly recommended to have your property treated by a licensed mosquito control professional to provide an invisible veil of protection from mosquitoes and the illnesses they carry. Since mosquitoes activity is suddenly in full force, now is the time to be vigilant in mosquito control practices in your backyard.

Our goal is to keep you, your family and your pets completely protect you from mosquitoes and the many diseases they carry for the entire season. Contact Mosquito Squad of Greater Washington DC for a free estimate today.