Want to read more inspiring survivor spotlight stories? Keep up with our blog for future profiles on those battling Lyme and other tick- and mosquito-borne diseases. 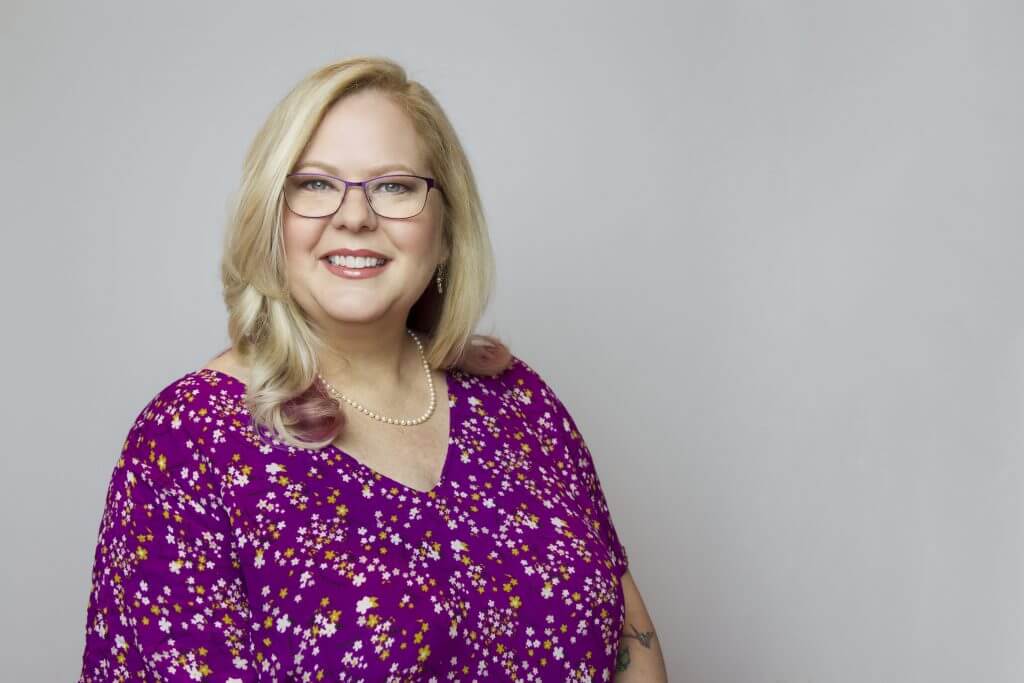 We first shared Sharon Rainey’s story back when she was first diagnosed with Lyme disease in 2009.  Prior to that initial diagnosis, Sharon battled with symptoms for decades.

Sharon Rainey was only a senior in high school when her symptoms first appeared. It was the summer of 1981, and she had come down with viral meningitis. By that October—in the middle of her freshman year of college—she was sleeping 23 hours a day. She had to drop out of college for the semester.

At that time, nobody suspected Lyme disease.

For the next ten years, Sharon experienced a string of seemingly unconnected health issues: sun sensitivity, dental problems, recurrent sinus infections, and migraines. After the birth of her son in 1993, more symptoms developed, and they were even more painful. She experienced joint pain, gallbladder problems, H. Pylori infection, hypothyroidism, elevated heart rate, daytime sleepiness, numbness in her hands and feet, occasional blurred vision, and vitamin deficiencies.

The symptoms came and went: irritating, but never urgent. However, that changed in 2009, when Sharon fell and suddenly even simple tasks like getting out of bed became excruciatingly painful.

Specialists gave her a host of various diagnoses. Within the space of four months, she was told she needed immediate back surgery and was misdiagnosed with Lupus and Bursitis. It was only thanks to her uncle—whose wife died at the age of 57 due to Lyme disease—that she finally found the right diagnosis.

He prodded her to keep looking into Lyme disease, even though she had been tested before. In fact, between 2003 and 2009, she had taken multiple Lyme tests (ELISA), and they had all come back negative. Her uncle was insistent. He saw the same symptoms in Sharon as he had seen in his wife. Sharon relented, and in the September of 2009, she went to a Lyme literate doctor. He diagnosed her with Bartonella, a co-infection of Lyme, and (after further testing) Babesia.

In 2011, Sharon successfully finished treatment for Bartonella. She has tested clear ever since. Now her focus is turned toward treating her Babesia and Protozoa.

She gives credit to her physician for helping her manage her disease. “Given the other medical issues that he’s [also] guided me through…I’m doing a lot better than I could have ever hoped for.” Now she’s back to working 6 hours a day and is no longer bedridden. And while she still fights against fatigue, she says that 90% of her symptoms are gone, and she looks forward to the day when she is completely recovered.

Still, the past few years have been anything but easy.

She’s faced two blood clots, two unexpected and traumatic deaths in the family, and other major health issues that caused her to pause her Lyme treatment so she could recuperate. However, if there’s anything she’s learned from her illness, it’s persistence.

“It takes a lot of determination to fight this disease,” she said. “I think your emotional status has a lot to do with it. You take 3 steps forward and 2.7 steps back and then ‘WHAM!’ You get backhanded. You get back up, and you have to start over again.”

Even in the midst of all this, Sharon has not let anything hold her back from pursuing advocacy through writing and activism.

Since 2009, she has written and published two books and co-authored a third. The first one, published in 2010, is called Making a Pearl from the Grit of Life. It chronicles her life from an early age and how she learned to find joy, laughter, and a larger perspective on life after battling illness and trauma.

In 2014, she and Dr. Robert Mozayeni wrote Lyme Savvy, a “one-of-a-kind” book about Lyme disease from the perspective of both a doctor and patient. It is a comprehensive guide to Lyme disease that affirms the experiences of those suffering, guides them through treatment protocols, and offers them advice and comfort to help them get through their treatment day-by-day.

“Most of the books out there are very clinical,” she said. “And when you’re cognitively impaired, it’s hard to read anything.” So, in order to make the 600+ page book more accessible to Lyme patients, she broke it up into short, easy-to-read chapters.

The inspiration behind the book was to help Lyme patients who feel lost and alone—a feeling Sharon knows from experience.

Back when she was first diagnosed with Lyme disease, she reached out to another Lyme patient. While they were talking, Sharon asked for names of doctors she could contact.

“She said, ‘No, I can’t help you,’ and hung up on me. I didn’t know where to turn or who to call. And so I swore from that moment on… I wouldn’t let anyone else feel that way.”

Sharon also published The Best Part of My Day: A Healing Journal in 2016 as a resource for those struggling with Lyme disease, chronic illness, or grief.

An avid writer, Sharon has plans to write more books. For the next one, she wants to write about the death of her father, a tragedy which has had a huge impact on her life and the life of her family.

Besides writing, Sharon is active in many Lyme disease Facebook groups and events. She has volunteered in May Day events, given talks to local Lyme groups, and meets with patients one-on-one to talk with them about their treatment.

To All Those Who are Battling Lyme Disease

For those struggling with Lyme disease, Sharon hopes that through her writing and activism, she can make them feel like they don’t have to face this disease alone.

“It’s a lonely road,” she said. “I don’t want anyone else to feel that loneliness.”

After her aunt died from Lyme disease, Sharon had many people who told her to keep going and to never give up. “I was determined not to be a statistic… Keep trying until you find what works for you.”

“Look around and ask a lot of questions. Probably the most important thing is don’t give up.”

Sharon also stresses that the same treatment doesn’t work for everyone. “There’s not one protocol,” she said. “And anybody who tells you differently is wrong.”

Even in her own family, they’ve had multiple cases of Bartonella with three different protocols. Since everyone’s body is different, the same treatment doesn’t always work from person to person.

This is also why it’s important to have a good relationship with your physician: a topic which she covers in Lyme Savvy.

“I work with [my physician] as a team… I tell him what we’re willing to try [and] he always tells me what the risks are. I’m making an informed decision and, you know, sometimes it works and sometimes it doesn’t,” she said. “We just kind of keep working our way through different possibilities.”

If you would like to read more about Sharon’s story, be sure to check out her online resource for Lyme patients: LymeSavvy.com.