April 25 is World Malaria Day, an event that promotes malaria prevention and control. At Mosquito Squad, we take malaria seriously. We want to teach you about malaria and the dangers associated with it. You can take appropriate precautions to protect yourself and others against malaria.

Now, let's answer some of the biggest questions surrounding malaria.

What Is Malaria Exactly?

Malaria is a fatal disease, with about 2,000 cases reported annually in the United States. It is caused by a parasite that can infect mosquitoes that bite humans.

What Are the Symptoms of Malaria?

If malaria symptoms are not immediately diagnosed and treated, an individual can experience a loss of red blood cells, resulting in anemia and jaundice (when the skin and eyes start to look yellow). In addition, long-lasting malaria symptoms can lead to kidney failure, seizures, and death.

Where in the World Is Malaria Prevalent?

Malaria is prevalent in more than 100 countries and territories. Some of the most common areas where malaria transmission occurs include: 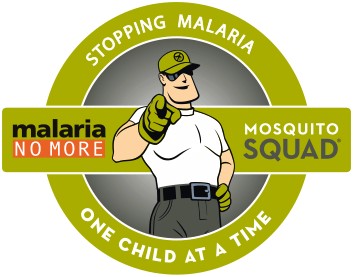 Are We at Risk for Malaria in Atlanta?

Of course, mosquitoes remain problematic for Atlanta residents and business operators. If you want help dealing with mosquitoes in Atlanta, Mosquito Squad can help.

Our team can teach you about the 7 T's of mosquito control. From here, we can provide you with a mosquito barrier treatment that helps you protect your property against mosquitoes and other outdoor pests.

Get Started with Mosquito Squad Today

If you are concerned about malaria, Mosquito Squad can help. We offer a wide range of Atlanta mosquito control services. And we can help you keep your property safe against mosquitoes and other outdoor pests long into the future.

While malaria might not be a threat in your Atlanta backyard, mosquitoes are annoying and do carry dangerous diseases such as West Nile Virus and EEE. Don't fret! Our treatment can reduce mosquitoes by 85-90%, no matter its species. Call our team today to request a free quote for Atlanta mosquito control services.