There is a good chance that malaria could be drastically controlled within our lifetime. That is what a team of scientists is saying. After conducting WHO-approved malaria vaccine research, positive test results have been found after vaccinating more than 400 children in Africa. Having a vaccine against Malaria would not only keep millions of people, especially children, safe from this deadly disease but ease some of the fears from the hardest hit continent in the world.

Africa and the Malaria

For over a century, research has been ongoing in an attempt to curb the effects of Malaria. The World Health Organization reports that in 2020, there were an estimated 241 million malaria cases throughout the world, 627,000 of them being fatal. 95% of all cases are in Africa, and 96% of malaria-related deaths come from the same region. This means that out of 229 million malaria cases in Africa, over 601,000 were deadly. Even with advancements in insecticides and medications to help combat the mosquito-borne disease, these numbers continue to rise. Unfortunately, 80% of the deaths happened to children under the age of 5.

Why Malaria Vaccine Research is so Important

Malaria is the biggest reason mosquitoes are known as the “most dangerous animal in the world.” Annually killing half a million people with no actual preventative measures makes this a difficult thing to fight when it takes a single bite from an infected mosquito. For generations, families in Africa have dreaded how fatal this disease can be to their children. With the aid of research and organizations like the WHO, strides have been taken in providing protection to families and their children. Using insecticides to combat the mosquitoes, medications to help treat the symptoms, and even bug nets to keep the youth safe, it is still difficult to protect people from malaria.

A vaccine would allow children to play without the added worry of getting sick from a common insect bite. If the results of the malaria vaccine research are proven effective, it seems this is a plausible future. 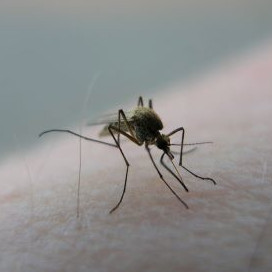 According to the BBC, the vaccine trials began in October 2021 and have been shown to offer 80% protection from the disease. This is primarily one form of this disease, but it is the most prevalent one. Malaria is caused by a parasite carried by an infected mosquito that infects the human body. This disease usually occurs within a few weeks from being infected and can last anywhere from days to weeks. This makes it challenging to treat worldwide with one vaccine, so regional variants will be needed to combat this disease.

During the trial, 409 children in Nanoro, Burkina Faso, were given three doses of the vaccine with a booster the following year. This regimen of vaccines and boosters has proven up to 80% effective against malaria. By the end of 2022, the research team expects to provide a larger test of 4,800 children. This secondary testing will decide on the vaccine approval.

Once approved, the world’s largest vaccine manufacturer is ready to begin production of more than 100 million doses a year.

Malaria may not be as common here in Georgia as in Africa, but mosquito-borne illnesses are still a concern. Protect your family by hiring Mosquito Squad of the Greater Atlanta area to aid you in keeping mosquitoes from your property. Mosquito control is essential for your home, reducing mosquitoes’ access to water sources to breed and keeping those buzzing pests from biting you and your family. By following the 7 T’s of Mosquito Control, you’ll be able to look out for problem areas, such as loose tarps and toys collecting water.

Once you are done mosquito-proofing your property, contact the Mosquito Squad and ask about our highly effective Traditional Mosquito Barrier Treatment. This mosquito control will create an invisible barrier around your property and act as protection for up to 21 days, reducing mosquitoes around your property by up to 90%. Not only that, but it works immediately upon contact with adult mosquitoes! Start fighting the bite today by calling your trusted mosquito control professionals at Mosquito Squad.

Are you ready to keep the mosquitoes out of your backyard? You can start by following the 7 Ts of mosquito control. Next, call Mosquito Squad of Greater Atlanta. Our traditional mosquito barrier treatment can reduce backyard mosquitoes by up to 90%. Call our team today to request a free quote for Atlanta mosquito control services.